Panic in the City / Terror on the 40th Floor 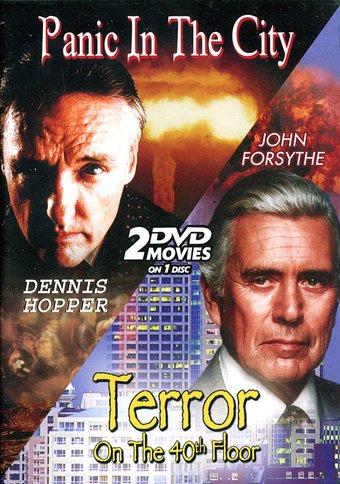 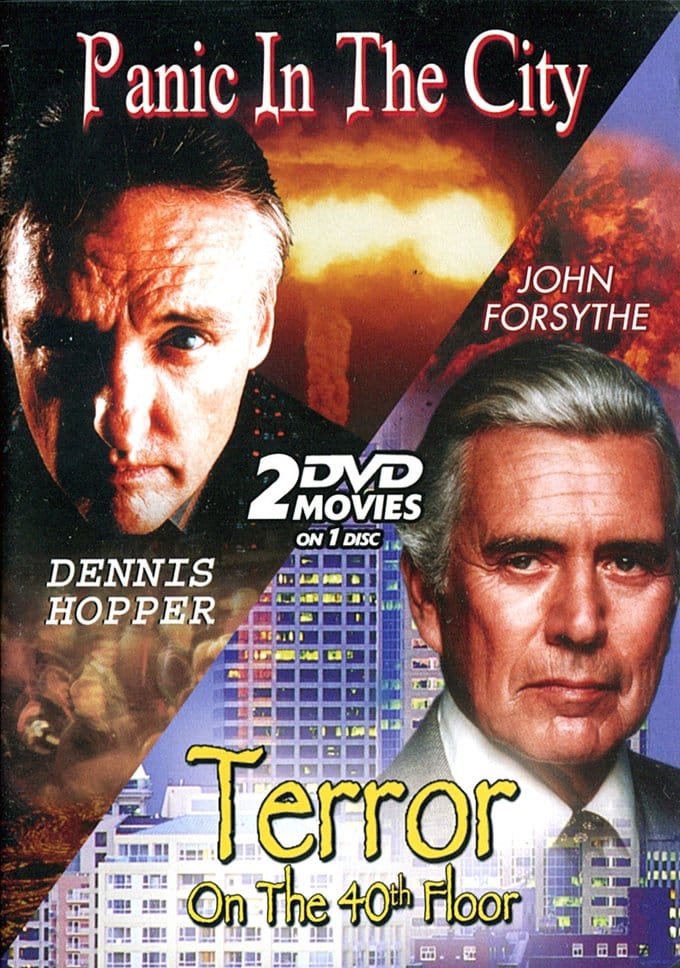 In the spirit of sheer suspense, this DVD collection presents two thrilling cliffhangers that will get your pulse racing in a manner of seconds. In Panic In The City, a federal investigator learns that a group of communist militants has constructed an atomic weapon that is being hidden in the heart of an American city. Fear reaches new heights when seven people are trapped in a skyscraper that is moments away from exploding into flames in Terror On The 40th Floor.

Panic In The City (1968): What begins as a routine murder investigation by a federal agent, suddenly threatens the safety of millions when the agent uncovers a deadly plan of global proportions. With the frightening knowledge that an atomic weapon is hidden somewhere in the city, the agent must use all his wits in a race against time, in a frantic effort to discover the location of the weapon before it is too late.

Terror On The 40th Floor (1974): A company Christmas party filled with good cheer turns into a burning nightmare for seven people who decide to hang out after the party has ended. Celebrating into the night, the party begins to heat up, but it becomes obvious that something has gone horribly wrong - three floors below an uncontrollable fire is raging! Faced with what appears to be certain death, the group spends their final moments together sharing their thoughts.