Violence explodes after the "People's Army" tries to relieve the misery of the ghetto. / Violence erupts in a black high school when a student is caught dating a white girl. 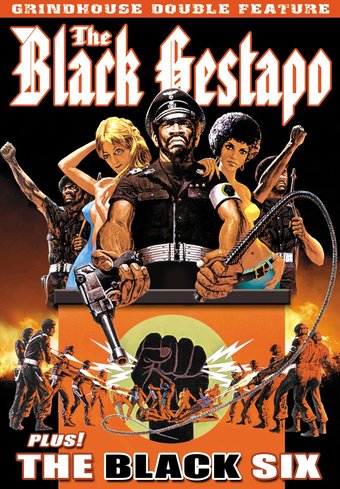 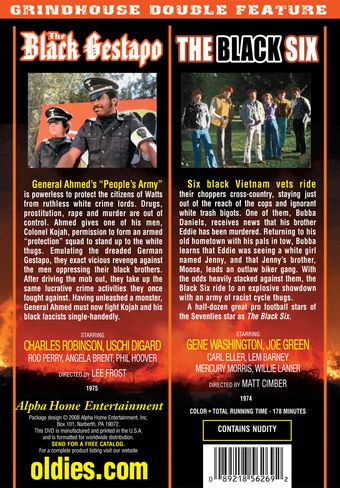 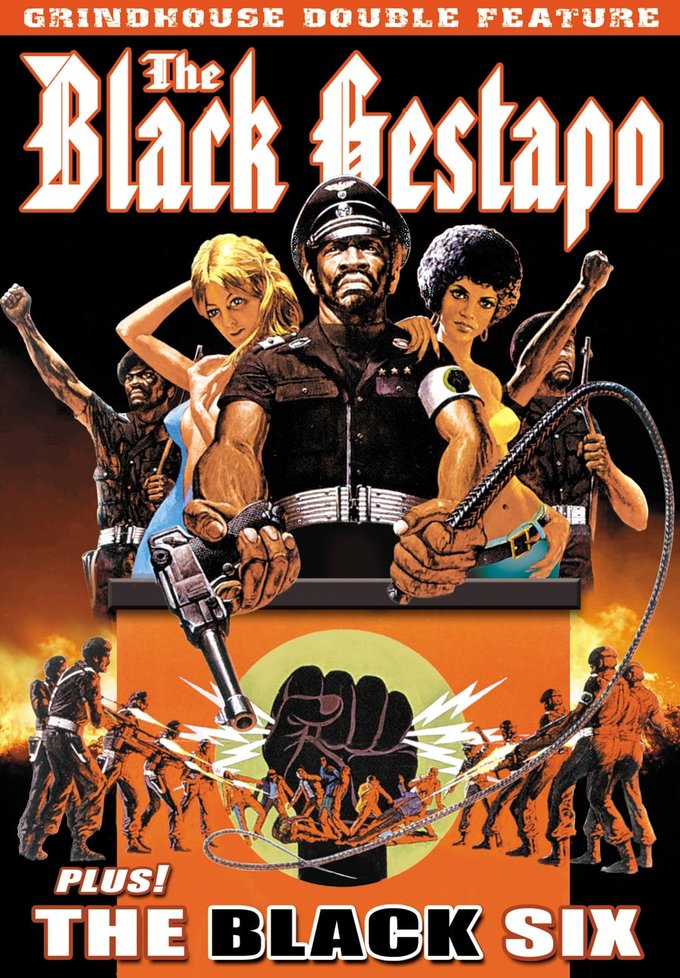 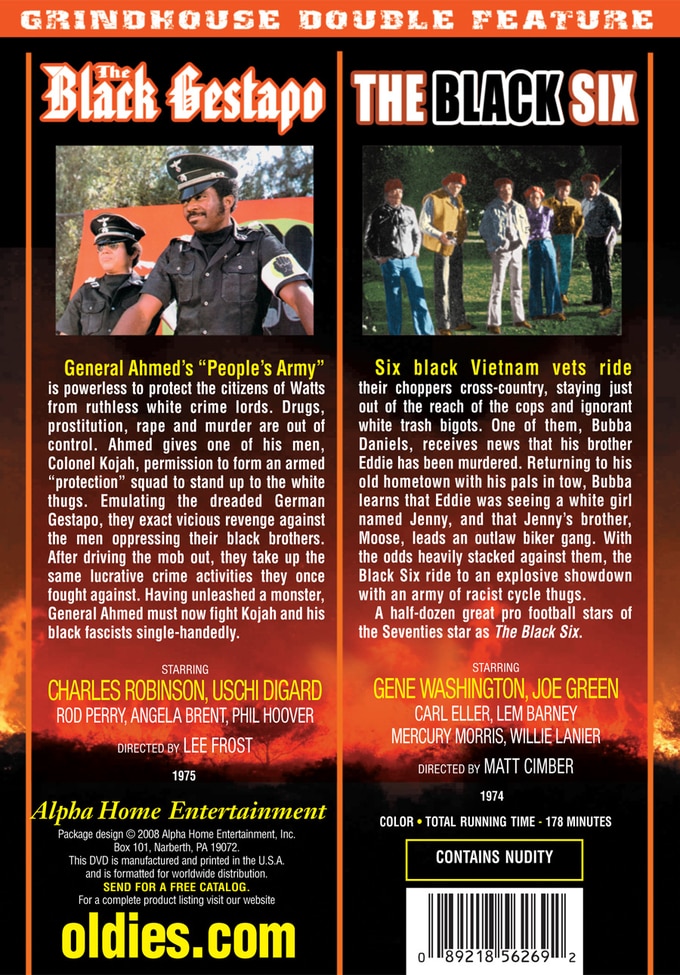 Black Gestapo (1975, Color): General Ahmed's "People's Army" is powerless to protect the citizens of Watts from ruthless white crime lords. Drugs, prostitution, rape and murder are out of control. Ahmed gives one of his men, Colonel Kojah, permission to form an armed "protection" squad to stand up to the white thugs. Emulating the dreaded German Gestapo, they exact vicious revenge against the men oppressing their black brothers. After driving the mob out, they take up the same lucrative crime activities they once fought against. Having unleashed a monster, General Ahmed must now fight Kojah and his black fascists single-handedly.

The Black Six (1974, Color): Six black Vietnam vets ride their choppers cross-country, staying just out of the reach of the cops and ignorant white trash bigots. One of them, Bubba Daniels, receives news that his brother Eddie has been murdered. Returning to his old hometown with his pals in tow, Bubba learns that Eddie was seeing a white girl named Jenny, and that Jenny's brother, Moose, leads an outlaw biker gang. With the odds heavily stacked against them, the Black Six ride to an explosive showdown with an army of racist cycle thugs.

Thriller | Vietnam | Exploitation | Blaxploitation | Vietnam War | Soldiers
This product is made-on-demand by the manufacturer using DVD-R recordable media. Almost all DVD players can play DVD-Rs (except for some older models made before 2000) - please consult your owner's manual for formats compatible with your player. These DVD-Rs may not play on all computers or DVD player/recorders. To address this, the manufacturer recommends viewing this product on a DVD player that does not have recording capability.

The Black Godfather
$10
Add to Cart

16%off
The Black Godfather
$8.40 Super Savings
Add to Cart