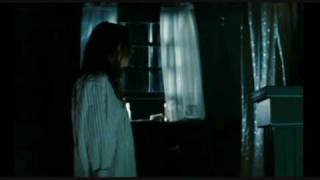 Following his remake of THE TEXAS CHAINSAW MASSACRE, director Marcus Nispel tackles 1980's slasher favorite to bring unstoppable killing machine Jason Voorhees to a new generation of gorehounds. Lasting 10 films and going to any length (including New York City and outer space) to provide Jason with fresh meat, the FRIDAY THE 13th series was always about inventive death scenes. Nispel streamlines the events of the original (where Jason's mother was the killer) into an extended prologue before providing an original story in which Jason begins his killing spree and finds his iconic mask. Decades after the death of Jason's mother, a group of twentysomethings descends on the backwoods town near abandoned Camp Crystal Lake in search of a rumored marijuana crop. Whitney Miller (Amanda Righetti) finds the old Voorhees house and discovers a locket revealing that she resembles Jason's mother. Jason (Derek Mears) arrives and, thinking she is his mother reincarnated, holds Whitney captive. Weeks later, Trent (Travis Van Winkle) and his friends arrive to stay at his father's vacation home, while Clay (Jared Padalecki) shows up to look for his missing sister Whitney. Meanwhile, Jason finds a hockey mask to cover his startling face and begins to satisfy his bloodlust with the hard-partying new arrivals.

Working once again with producer Michael Bay, Nispel crafts a FRIDAY "reboot" that is slick and well-made, giving audiences exactly what they expect from the franchise: blood and breasts in equal measure. With knowing humor, he plunges directly into the saga, leaving the titles until 15 minutes into the film, at which point Jason has already dispatched several victims. After that, there is topless waterskiing and death by a wealth of means, all of which will have fans glad to have Jason back from outer space.

A Nightmare on Elm Street
$9.80 Super Savings
Add to Cart

The Lost Soul Band
Friday the 13th and Everything's Rosie
$2.98 on Sale
Add to Cart