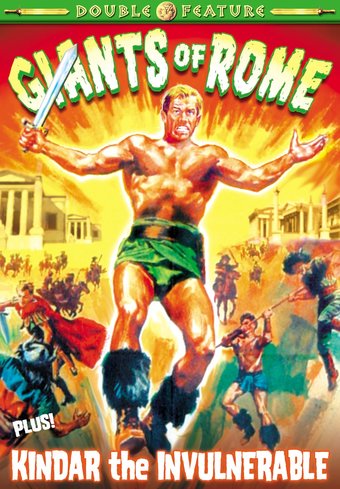 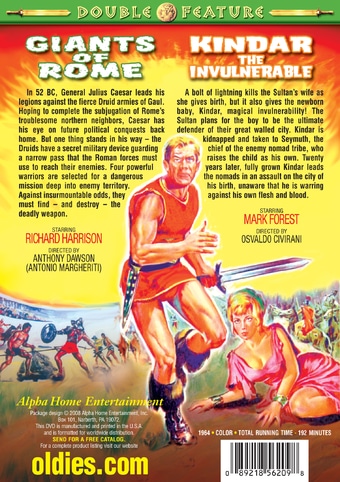 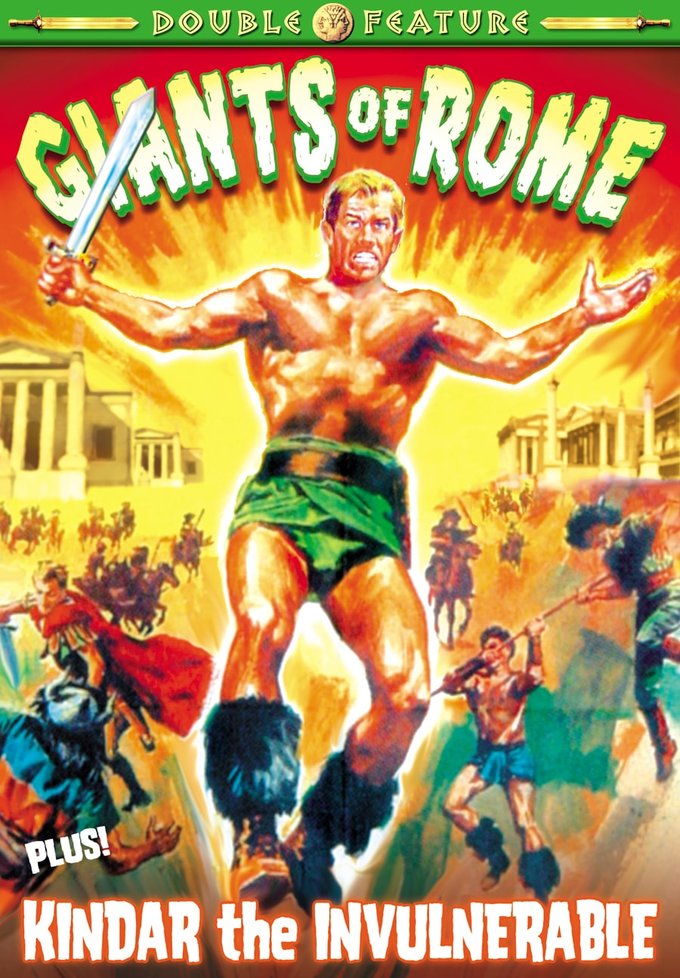 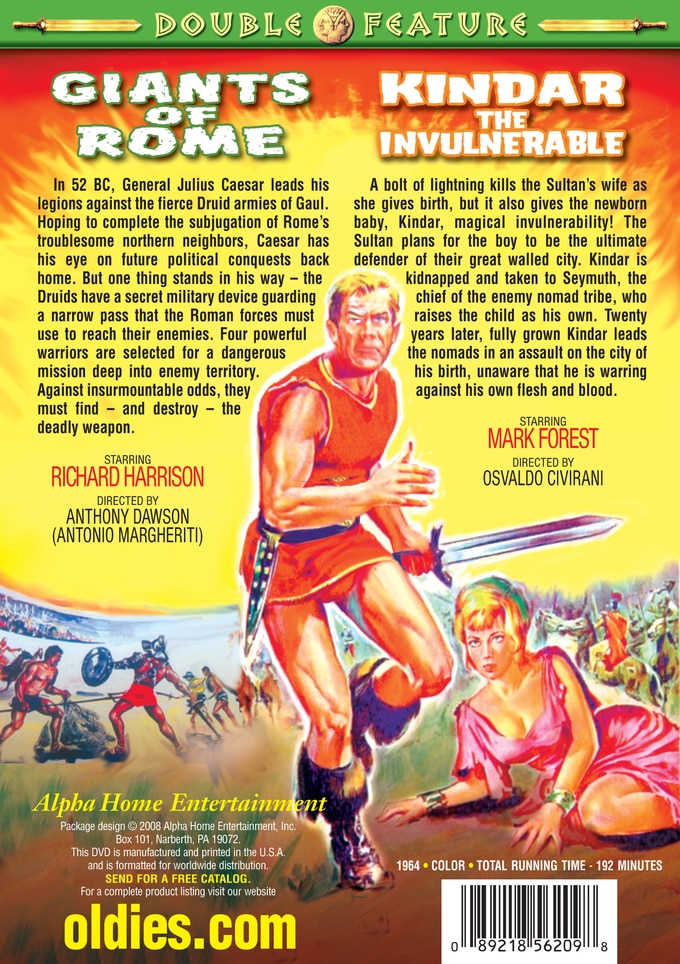 Giants of Rome (1964, Color): In 52 BC, General Julius Caesar leads his legions against the fierce Druid armies of Gaul. Hoping to complete the subjugation of Rome's troublesome northern neighbors, Caesar has his eye on future political conquests back home. But one thing stands in his way - the Druids have a secret military device guarding a narrow pass that the Roman forces must use to reach their enemies. Four powerful warriors are selected for a dangerous mission deep into enemy territory. Against insurmountable odds, they must find - and destroy - the deadly weapon.

Kindar the Invulnerable (1964, Color): A bolt of lightning kills the Sultan's wife as she gives birth, but it also gives the newborn baby, Kindar, magical invulnerability! The Sultan plans for the boy to be the ultimate defender of their great walled city. Kindar is kidnapped and taken to Seymuth, the chief of the enemy nomad tribe, who raises the child as his own. Twenty years later, fully grown Kindar leads the nomads in an assault on the city of his birth, unaware that he is warring against his own flesh and blood.