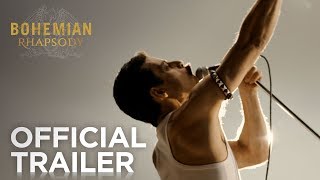 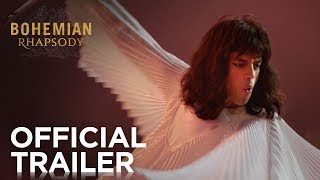 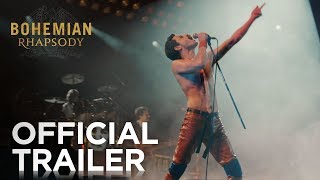 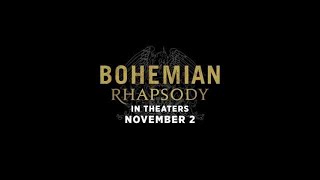 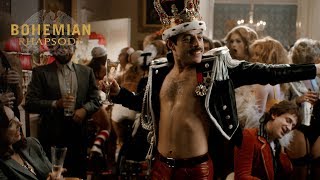 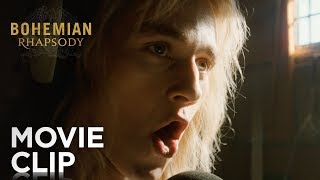 "Can You Go a Bit Higher?" Clip 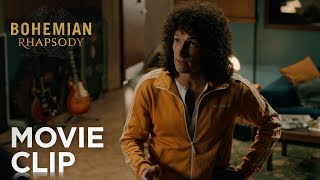 "We Will Rock You" Clip

Variety - 10/23/2018
"Malek winds up looking, and inhabiting, the part to a remarkable degree. Watching BOHEMIAN RHAPSODY, we always feel like we’re seeing Freddie Mercury standing right in front of us."
A.V. Club - 10/23/2018
"[I]t runs through the greatest hits with a lot of energy....Malek certainly gives it his all as Mercury, affecting a toothy English accent and lip-syncing with sweaty abandon..."
Hollywood Reporter - 10/23/2018
"The experiments in the studio are joyous, the concerts properly loud, and John Ottman's editing connects them fluidly..."
Rolling Stone - 10/30/2018
3 stars out of 5 -- "[W]hen the singer plays 'Love of My Life' on the piano to show his love, the feeling comes through as genuine due to the raw emotion Malek and Boynton pour into their roles."
Empire - 10/23/2018
3 stars out of 5 -- "The film has a secret weapon: Rami Malek. As Mercury he is spectacular."

A chronicle of the rock band Queen, who rose to fame thanks to their revolutionary sound and the theatrics of their front man, the iconic Freddie Mercury, culminating in their reunion for the historic set they played at Live Aid in July 1985.