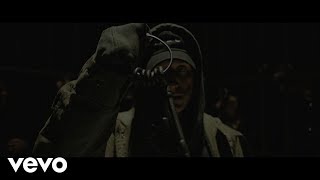 Recording information: BLRZ , Franklin, TN; The Glove Box Studios, Nashville, TN; Tommee Profitt Studios, Franklin, TN; Tommee Profitt Studios, Grand Rapids, MI.
Photographer: Jon Taylor Sweet.
Just a year after the release of his sophomore LP, Michigan rapper NF issued Perception, his third album in as many years. The chart-topping effort was more of the same for the artist: raw and dark, balancing intense bloodletting with the occasional radio-friendly banger. With production and delivery that still sounded quite similar to Eminem at his most serious, Perception didn't do much to distance NF from comparisons to his predecessor. It's no secret that Eminem was a major influence: as NF unloads on "Know," "I've been doing this since I was just a kid and mama bought me 8 Mile at the movie store." However, unlike his fellow Michigander, NF continued to deliver breathless and complex rhymes without curses, profanity, or cartoonish exaggeration. Personal turmoil and trauma continued to fuel his rhymes, with "Intro III," "Outcast," and "Destiny" offering some of most aggressive attacks. Even sonically propulsive tracks like "Let You Down," "One Hundred," and "10 Feet Down" -- while thrilling and mainstream-ready -- played on introspection and existential musings upon closer examination of his lyrics. For listeners initially attracted to the Christian angle of the rapper's earliest releases, Perception took further steps away from that niche, opting for themes that were more universal. As he reminded fans on "Remember This," "People change/Even Satan used to be an angel." Perception is a heavy and serious listen, but fortunately it's never dull, mostly due to the density of NF's continually engrossing lyrics. ~ Neil Z. Yeung