Zorro is charged with the murder of the new Governor. The first Zorro film produced in color. 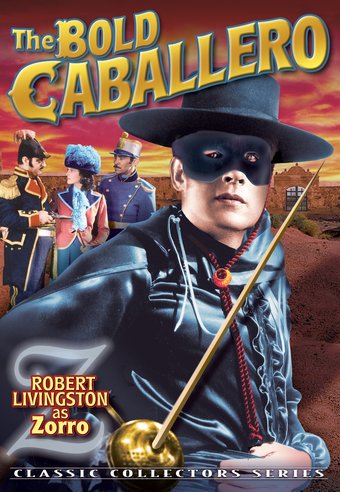 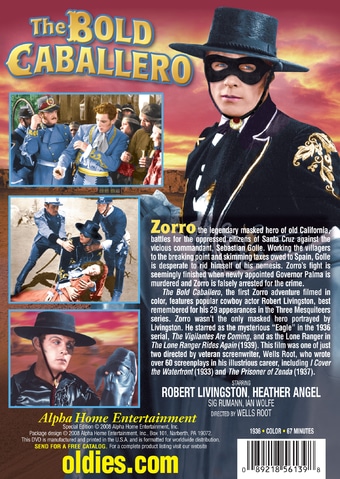 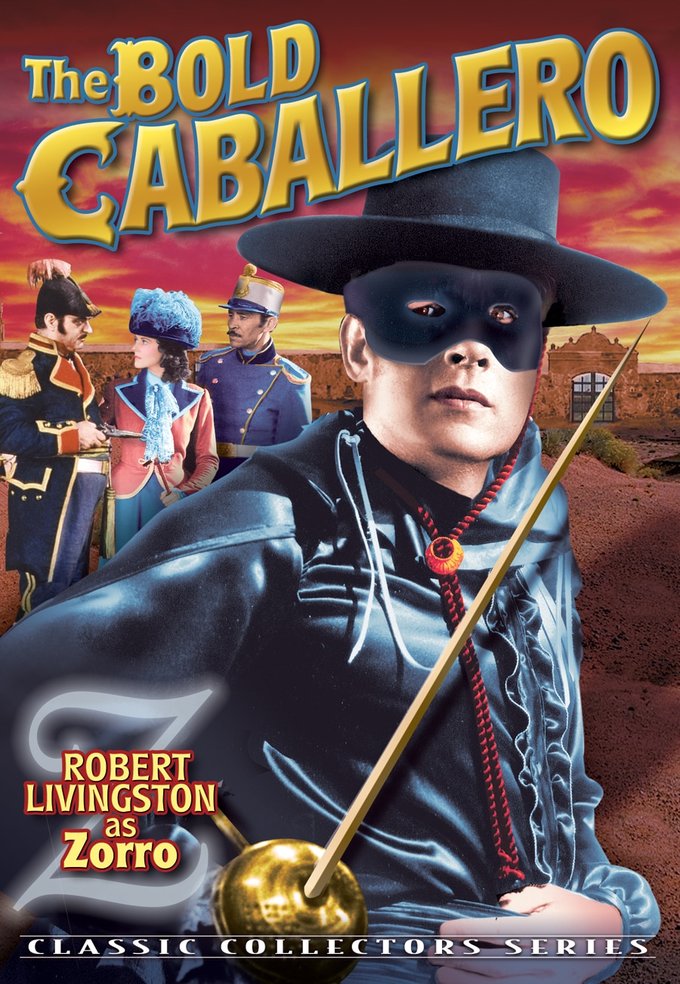 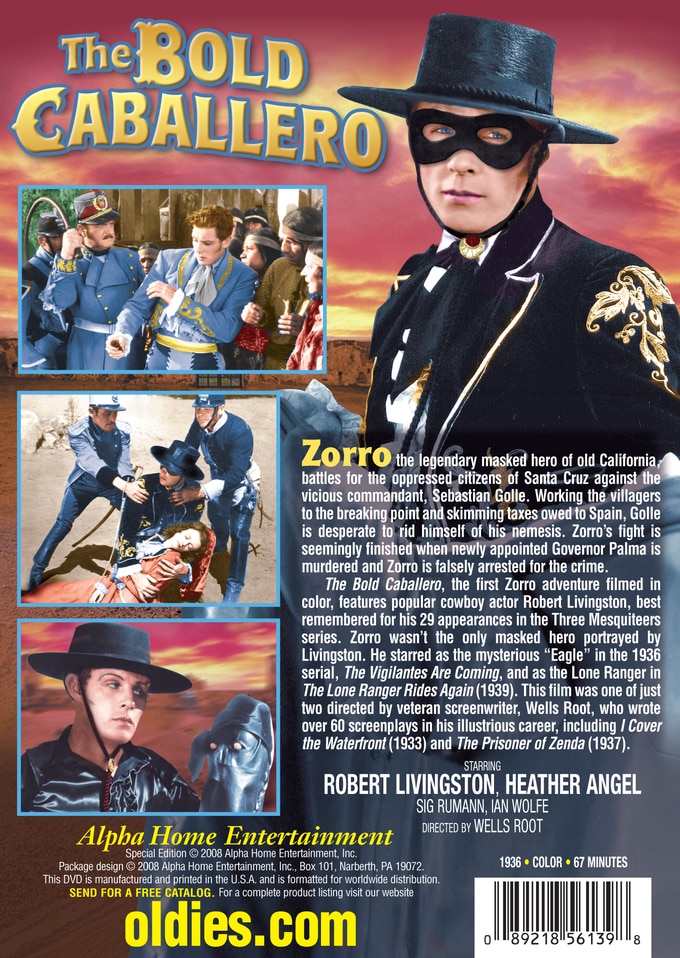 Zorro the legendary masked hero of old California, battles for the oppressed citizens of Santa Cruz against the vicious commandant, Sebastian Golle. Working the villagers to the breaking point and skimming taxes owed to Spain, Golle is desperate to rid himself of his nemesis. Zorro's fight is seemingly finished when newly appointed Governor Palma is murdered and Zorro is falsely arrested for the crime.

The Bold Caballero, the first Zorro adventure filmed in color, features popular cowboy actor Robert Livingston, best remembered for his 29 appearances in the Three Mesquiteers series. Zorro wasn't the only masked hero portrayed by Livingston. He starred as the mysterious "Eagle" in the 1936 serial, The Vigilantes Are Coming, and as the Lone Ranger in The Lone Ranger Rides Again (1939). This film was one of just two directed by veteran screenwriter, Wells Root, who wrote over 60 screenplays in his illustrious career, including I Cover the Waterfront (1933) and The Prisoner of Zenda (1937).

A young aristocrat poses as Zorro to rid California of crooked politicians.

Thieves | Heroes
This product is made-on-demand by the manufacturer using DVD-R recordable media. Almost all DVD players can play DVD-Rs (except for some older models made before 2000) - please consult your owner's manual for formats compatible with your player. These DVD-Rs may not play on all computers or DVD player/recorders. To address this, the manufacturer recommends viewing this product on a DVD player that does not have recording capability.