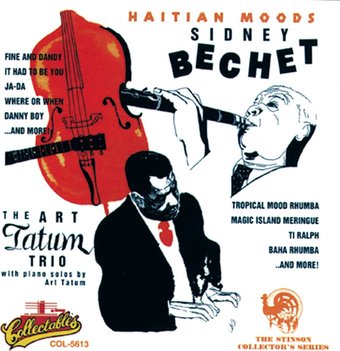 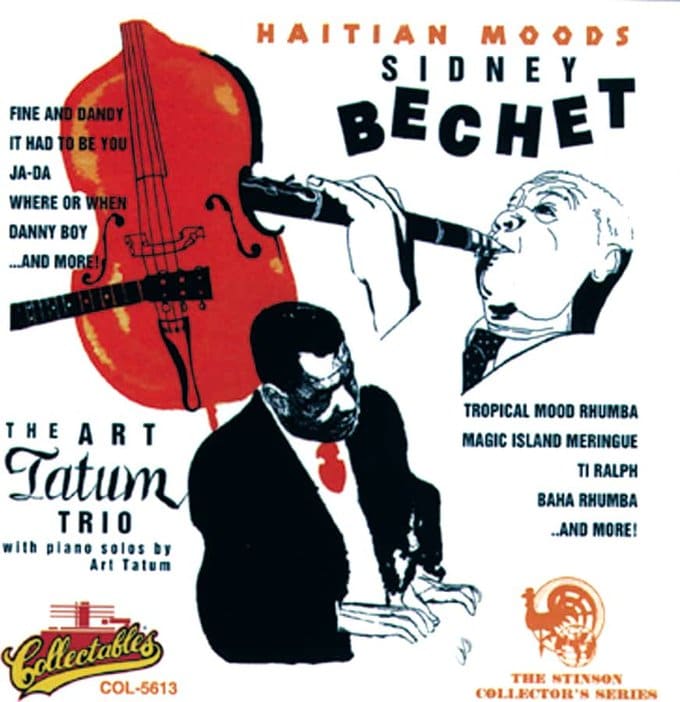 Pianist extraordinaire Art Tatum was a wonder whether he was playing stride, swing, or boogie woogie. In the mid '40s he formed his popular trio which included guitarist Tiny Grimes and bassist Slam Stewart. Here the trio is joined by Sidney Bechet, the brilliant soprano saxophonist and clarinetist who was the first important jazz soloist on records. A master of New Orleans Jazz, Bechet is renowned for both his individual and collective improvisations.

Personnel: Sidney Bechet (clarinet, soprano saxophone); Tiny Grimes (guitar); Art Tatum (piano).
This compilation features two unrelated studio sessions: a 1939 Afro-Cuban-flavored date by Sidney Bechet, as well as both piano solos and trio numbers by Art Tatum from 1944. The Tatum material was originally recorded for Asch, featuring six solos, including "Fine and Dandy" and "Danny Boy," though none of them are as overpowering as the pianist's typical versions. Slam Stewart and Tiny Grimes are added for the last four numbers, including relative obscurities such as Tatum's "Boogie" and his only known recording of "Topsy" (aside from an alternate from the same session that appeared on an English LP). Rehearsals from this session, which aren't part of this release, were on the earlier Folkways LP issued in the 1970s. The unfortunate low recording level (from the initial recording) competes with the somewhat loud surface noise throughout this portion of the disc. The Bechet tracks, recorded originally for Varsity, have been reissued less frequently, though the sound quality is far better than the Tatum material. Bechet, who is heard on both soprano sax and clarinet, is accompanied by pianist Willie "The Lion" Smith, drummer Zutty Singleton, trumpeter Kenneth Roane, and bassist Olin Alderhold. The primary interaction is between Bechet's powerful soprano and Roane's more reserved trumpet, with the rhythm section relegated to a strictly supporting role. These compositions are presumably originals by Bechet, and although none is particularly memorable, the music contrasts with most of Bechet's work in this point in his career. Although the poor sound quality of the Tatum session keeps this release from being essential, the Bechet tracks more than make up for its shortcomings. ~ Ken Dryden