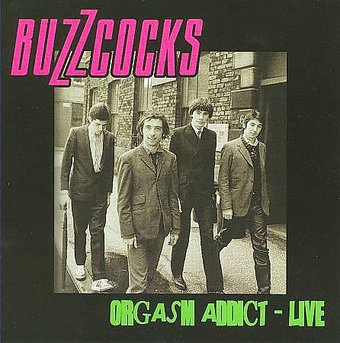 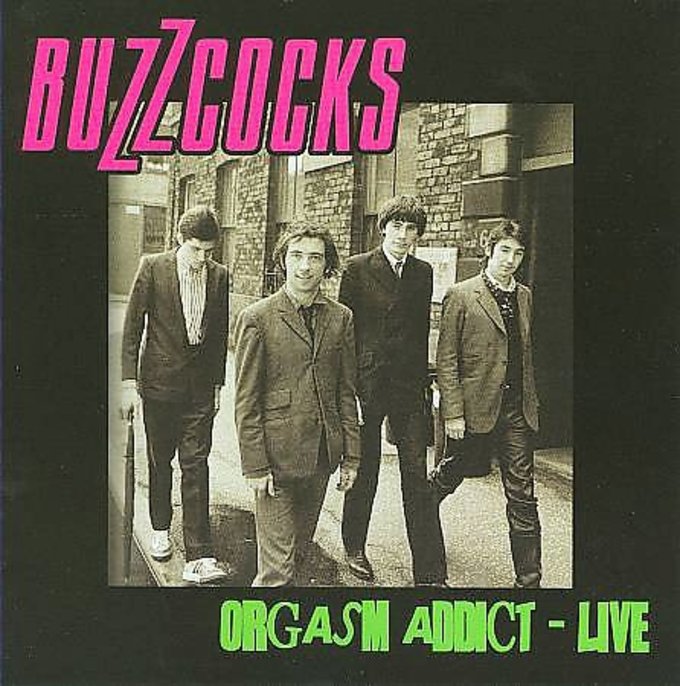 Unknown Contributor Role: Buzzcocks.
Anarchy Music, an unfortunately named offshoot of Cleopatra Records, has issued Orgasm Addict Live, a Buzzcocks concert album, without the slightest hint of when or where it was recorded. It's possible that the lack of liner notes might be a passive-aggressive way of disguising the fact this particular recording has been released several times before; recorded at a show in Paris, France on April 12, 1995, these ten songs were the encore for the show released in 1996 as French, and this encore set has surfaced as Paris: Encore du Pain, Live in Paris, and Orgasm Addicts, while it was reunited with the rest of the show on the collection French et Encore du Pain: The Complete 1995 Paris Live. Buzzcocks fans who already own any of the above discs can safely ignore Orgasm Addict Live, and even if you don't, this is hardly a priority item for folks who care about this band. There's already a glut of live Buzzcocks albums on the market, and while Pete Shelley, Steve Diggle, and company were in solid form this evening in 1995, little distinguishes this from most other Buzzcocks live discs, and the unattractive packaging, lack of annotation, short running time (under 28 minutes), and the audio glitch in the middle of the title tune add up to a genuinely shoddy release, despite some fine performances of several of Buzzcocks' hits. Try French or Driving You Insane instead if you want to hear the latter-day Buzzcocks demonstrating their unending live prowess. ~ Mark Deming

54%off
Little Steven's Underground Garage Presents: The Coolest...
$5.98 on Sale
Add to Cart

Buzzcocks
A Different Kind of Tension
$14.50
Add to Cart

Buzzcocks
Another Music In A Different Kitchen
$22.80
Add to Cart

Buzzcocks
Another Music in a Different Kitchen
$14.50
Add to Cart