The Girl From Monterey 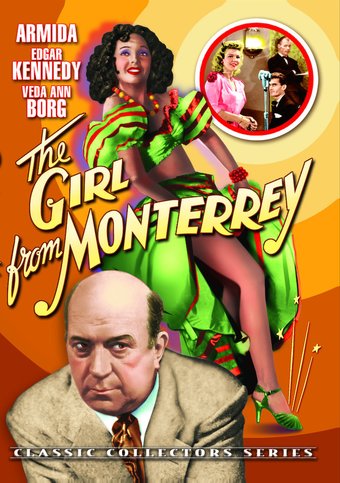 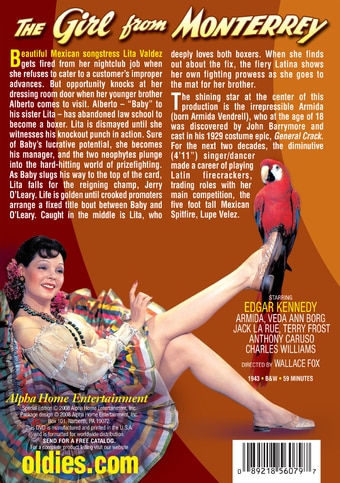 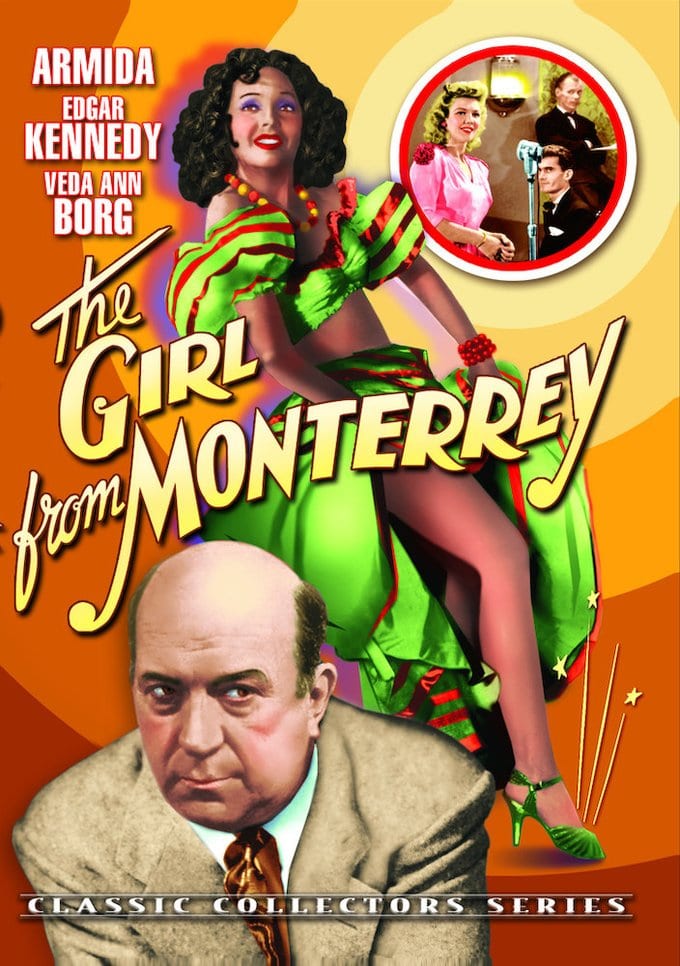 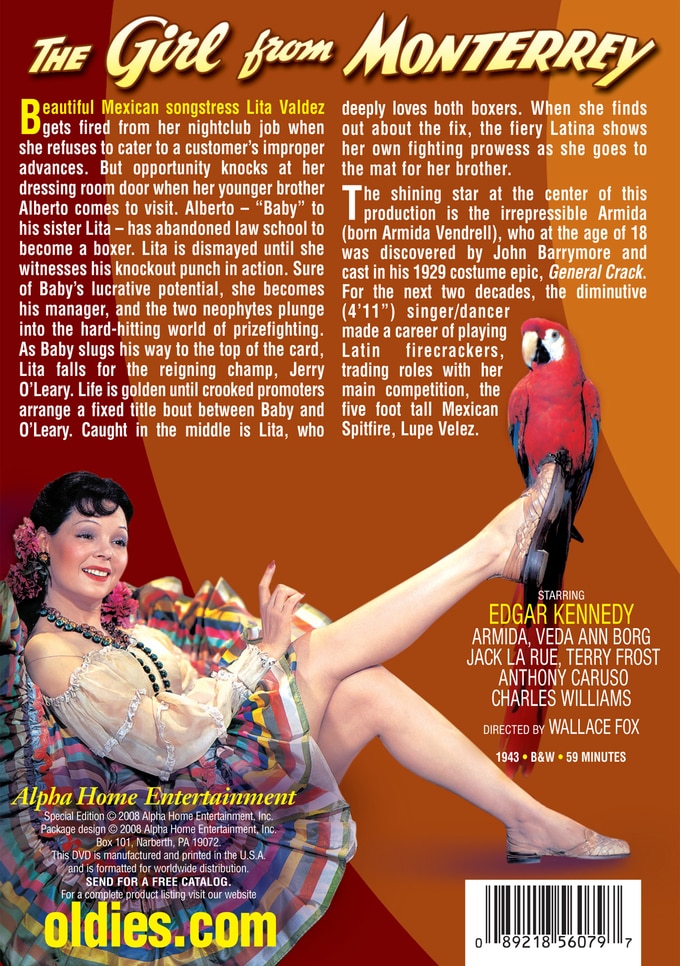 Beautiful Mexican songstress Lita Valdez gets fired from her nightclub job when she refuses to cater to a customer's improper advances. But opportunity knocks at her dressing room door when her younger brother Alberto comes to visit. Alberto - "Baby" to his sister Lita - has abandoned law school to become a boxer. Lita is dismayed until she witnesses his knockout punch in action. Sure of Baby's lucrative potential, she becomes his manager, and the two neophytes plunge into the hard-hitting world of prizefighting. As Baby slugs his way to the top of the card, Lita falls for the reigning champ, Jerry O'Leary. Life is golden until crooked promoters arrange a fixed title bout between Baby and O'Leary. Caught in the middle is Lita, who deeply loves both boxers. When she finds out about the fix, the fiery Latina shows her own fighting prowess as she goes to the mat for her brother.

The shining star at the center of this production is the irrepressible Armida (born Armida Vendrell), who at the age of 18 was discovered by John Barrymore and cast in his 1929 costume epic, General Crack. For the next two decades, the diminutive (4'11") singer/dancer made a career of playing Latin firecrackers, trading roles with her main competition, the five foot tall Mexican Spitfire, Lupe Velez.

When Mexican club singer Lita Valdez's (Armida) little brother (Anthony Caruso) and boyfriend (Terry Frost) are paired up against one another in the boxing ring, she finds herself torn in two directions. While she may not be a boxer, Lita is no softie. Displaying as much feistiness and bravery as the men competing for the Middleweight Champion title, she does all in her power to prevent the match from happening. Director Wallace Fox displays a true fascination with the sport of boxing, capturing the spirit of the ring in realistic detail. Rather than simplifying the boxing world down to a savage place, Wallace depicts it as a complex subculture where ruthlessness, passion, and emotion collide.