A wide circle of suspicion ensues when a wedding guest is accused of stealing a valuable string of pearls. 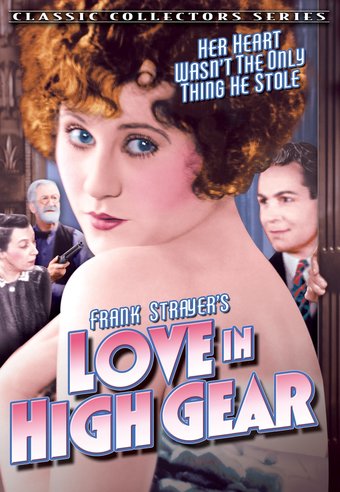 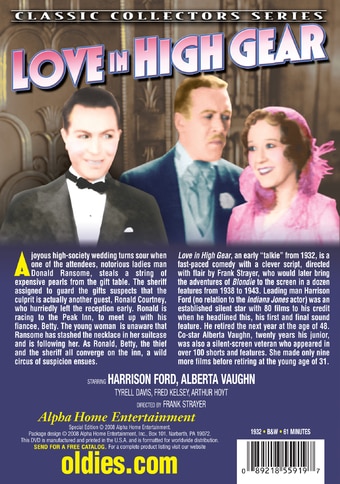 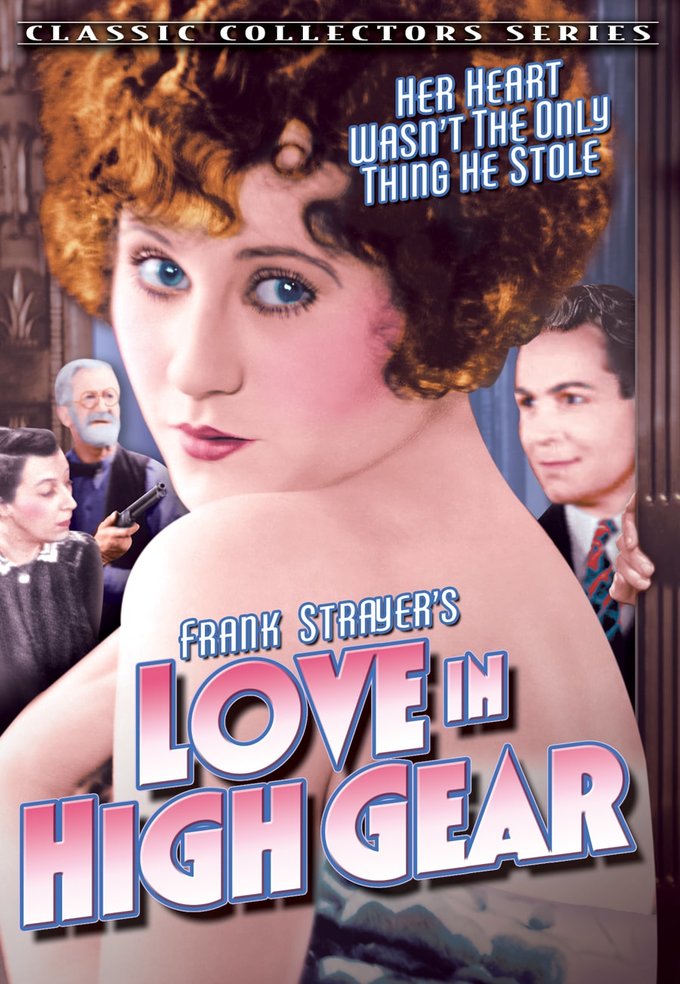 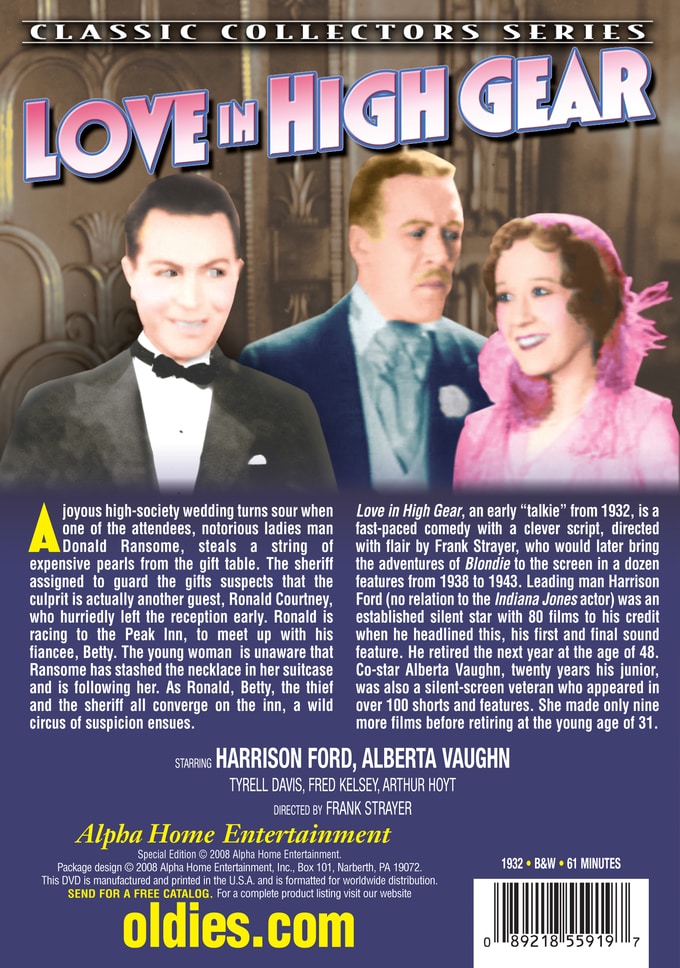 A joyous high-society wedding turns sour when one of the attendees, notorious ladies man Donald Ransome, steals a string of expensive pearls from the gift table. The sheriff assigned to guard the gifts suspects that the culprit is actually another guest, Ronald Courtney, who hurriedly left the reception early. Ronald is racing to the Peak Inn, to meet up with his fiancee, Betty. The young woman is unaware that Ransome has stashed the necklace in her suitcase and is following her. As Ronald, Betty, the thief and the sheriff all converge on the inn, a wild circus of suspicion ensues.

Love in High Gear, an early "talkie" from 1932, is a fast-paced comedy with a clever script, directed with flair by Frank Strayer, who would later bring the adventures of Blondie to the screen in a dozen features from 1938 to 1943. Leading man Harrison Ford (no relation to the Indiana Jones actor) was an established silent star with 80 films to his credit when he headlined this, his first and final sound feature. He retired the next year at the age of 48. Co-star Alberta Vaughn, twenty years his junior, was also a silent-screen veteran who appeared in over 100 shorts and features. She made only nine more films before retiring at the young age of 31.