A double-dose of memorable muscle action. 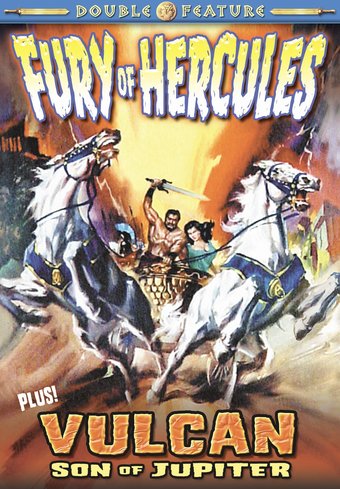 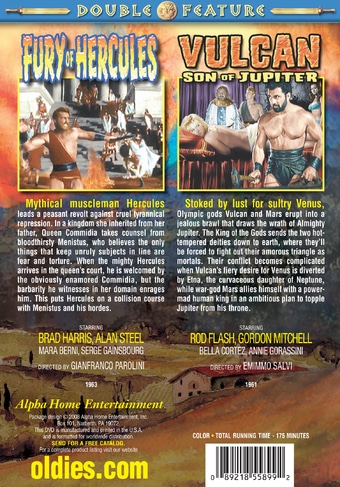 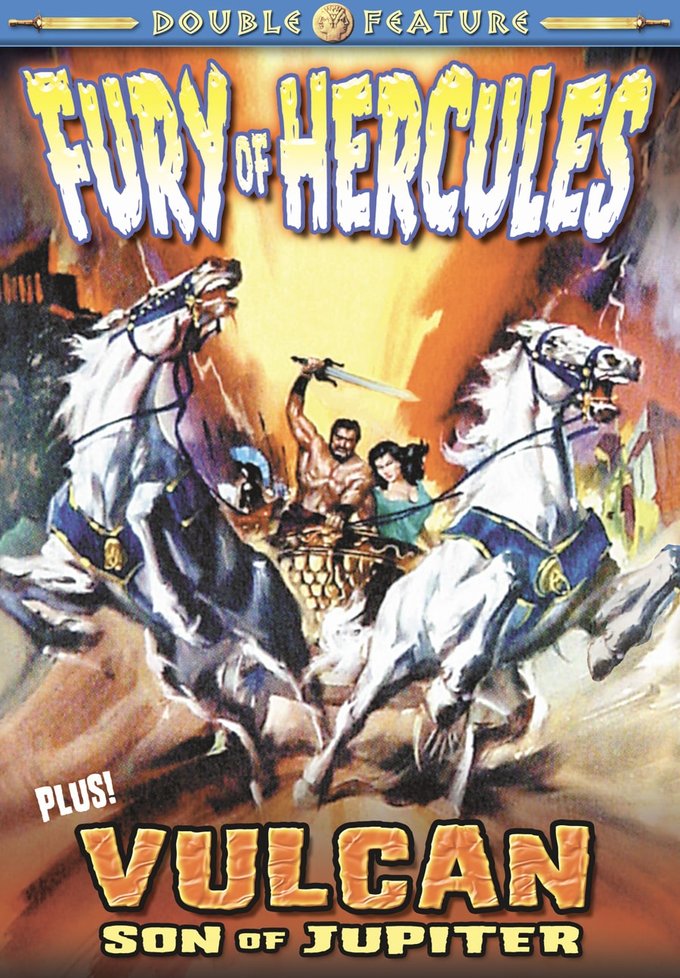 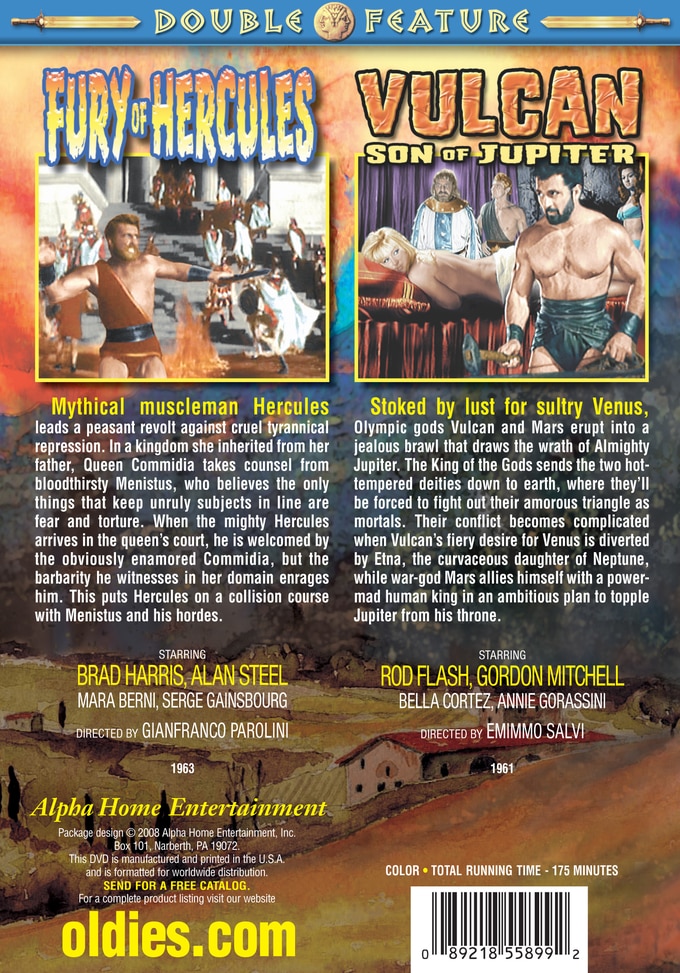 Fury of Hercules (Color, 1963): Mythical muscleman Hercules leads a peasant revolt against cruel tyrannical repression. In a kingdom she inherited from her father, Queen Commidia takes counsel from bloodthirsty Menistus, who believes the only things that keep unruly subjects in line are fear and torture. When the mighty Hercules arrives in the queen's court, he is welcomed by the obviously enamored Commidia, but the barbarity he witnesses in her domain enrages him. This puts Hercules on a collision course with Menistus and his hordes. Starring Brad Harris, Alan Steel, Mara Berni, Serge Gainsbourg; Directed by Gianfranco Parolini.

Vulcan, Son of Jupiter (Color, 1961): Stoked by lust for sultry Venus, Olympic gods Vulcan and Mars erupt into a jealous brawl that draws the wrath of Almighty Jupiter. The King of the Gods sends the two hot-tempered deities down to earth, where they'll be forced to fight out their amorous triangle as mortals. Their conflict becomes complicated when Vulcan's fiery desire for Venus is diverted by Etna, the curvaceous daughter of Neptune, while war-god Mars allies himself with a power-mad human king in an ambitious plan to topple Jupiter from his throne. Starring Rod Flash, Gordon Mitchell, Bella Cortez, Annie Gorassini; Directed by Emimmo Salvi.