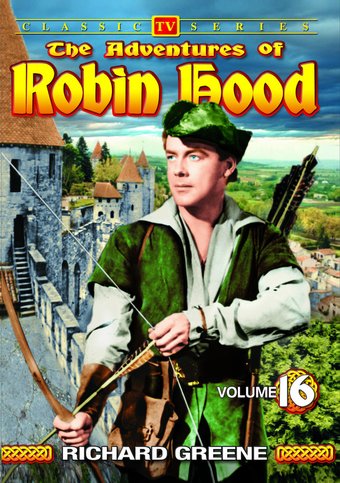 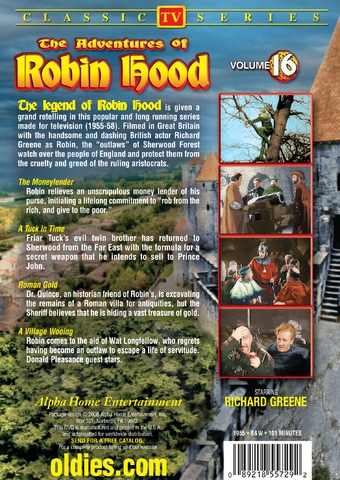 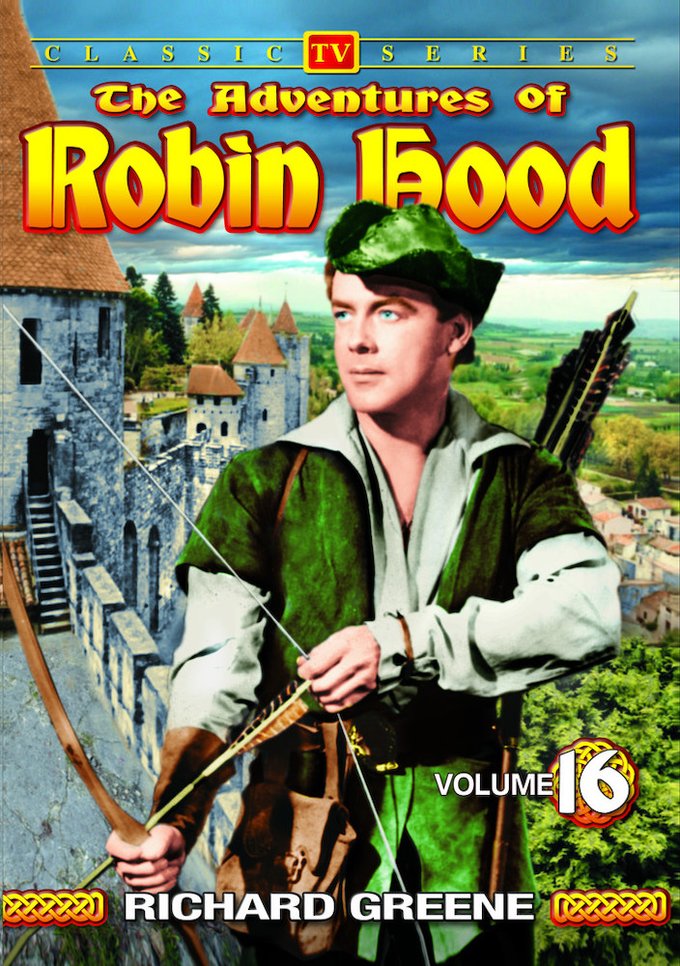 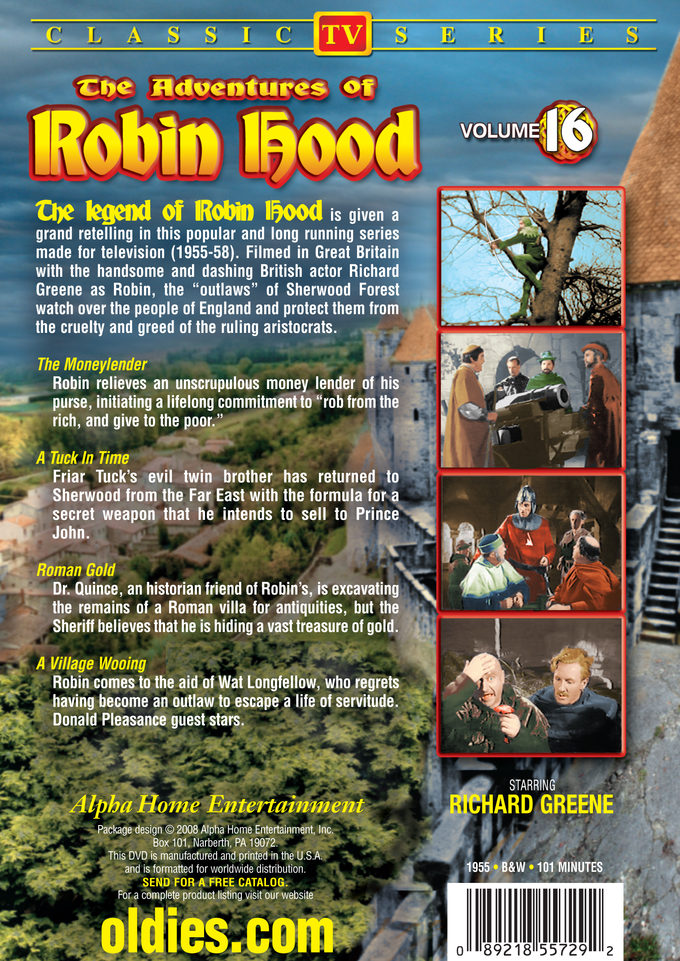 The Moneylender: Robin relieves an unscrupulous money lender of his purse, initiating a lifelong commitment to "rob from the rich, and give to the poor."

A Tuck In Time: Friar Tuck's evil twin brother has returned to Sherwood from the Far East with the formula for a secret weapon that he intends to sell to Prince John.

Roman Gold: Dr. Quince, an historian friend of Robin's, is excavating the remains of a Roman villa for antiquities, but the Sheriff believes that he is hiding a vast treasure of gold.

A Village Wooing: Robin comes to the aid of Wat Longfellow, who regrets having become an outlaw to escape a life of servitude. Donald Pleasance guest stars.