Currently Out of Stock: We'll get more as soon as possible
Notify Me When Available
Add to Wishlist
Format:  CD
item number:  ZDP 1146
Our customers love us! 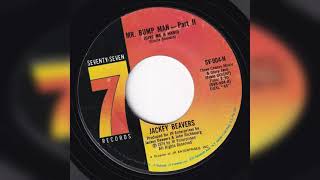 In keeping with the numerous other soul compilations on the Union Square family of labels, the concept's tenuous, the music uneven (if diverse), and the licensing-span limited. Still, this 20-track compilation of mid-'60s to early-'80s soul ain't so bad if you're in need of a quick fix of obscurities, albeit ones with no strong link to each other. The ostensible concept seems to be soul suitable for a Saturday night, whether you're getting into the party mode or on your way home from same. No big hits are aboard, and though there are a few fairly big names (Lee Dorsey, Bobby Womack, Aaron Neville, Joe Tex, Joe Simon), you may well rarely or never come across these particular tunes even if you have a good assortment of soul records. On the good hand, there are some real winners here, like Dorsey's original version of "Sneakin' Sally Thru the Alley" (covered by Robert Palmer); Alvin Cash's groovy, early funk workout "Keep on Dancing"; Joe Tex's characteristically sassy "Papa Was Too"; and Willie Hobbs with Pic & Bill's vaguely Archie Bell-styled "Action," which even in this company is pretty darned obscure. On the other hand, there's just too much of an inexplicable lean on the output of a few labels, particularly Curtom and Sound Stage 7. Why Union Square feels compelled to keep putting Curtis Mayfield's inferior, post- '75 Curtom output, as well as the middling singers Linda Clifford and Ann Sexton, on its soul compilations is a quirky decision that can't be explained or justified by the quality of the material. Too, although Syl Johnson's "Is It Because I'm Black?" is a genuinely fine slice of overlooked soul social consciousness, it's unclear where in the world it fits into a compilation dedicated to soul for Saturday night moods. Allen Toussaint's little-known minor-keyed 1965 gem "Go Back Home" is something of a jarring closer, unless it's meant to conclude the proceedings on a particularly melancholy after-the-party note, but that's forgivable as it really is a superb overlooked track. ~ Richie Unterberger