The Texas Rangers: The Return of The Rangers

The Texas Rangers save a young woman who is being pursued by rustlers. 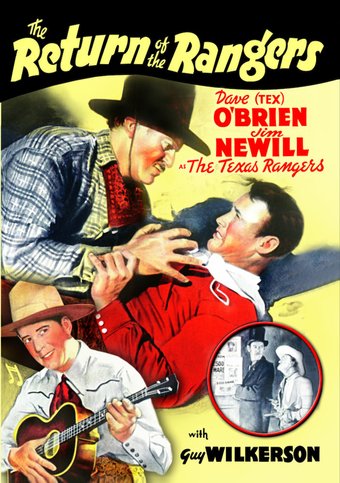 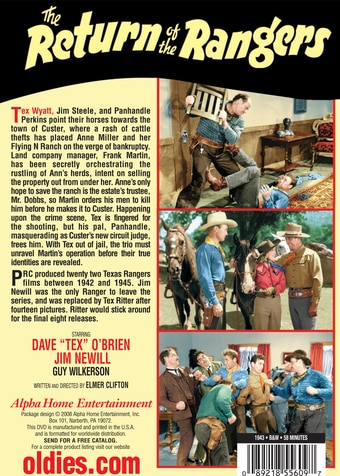 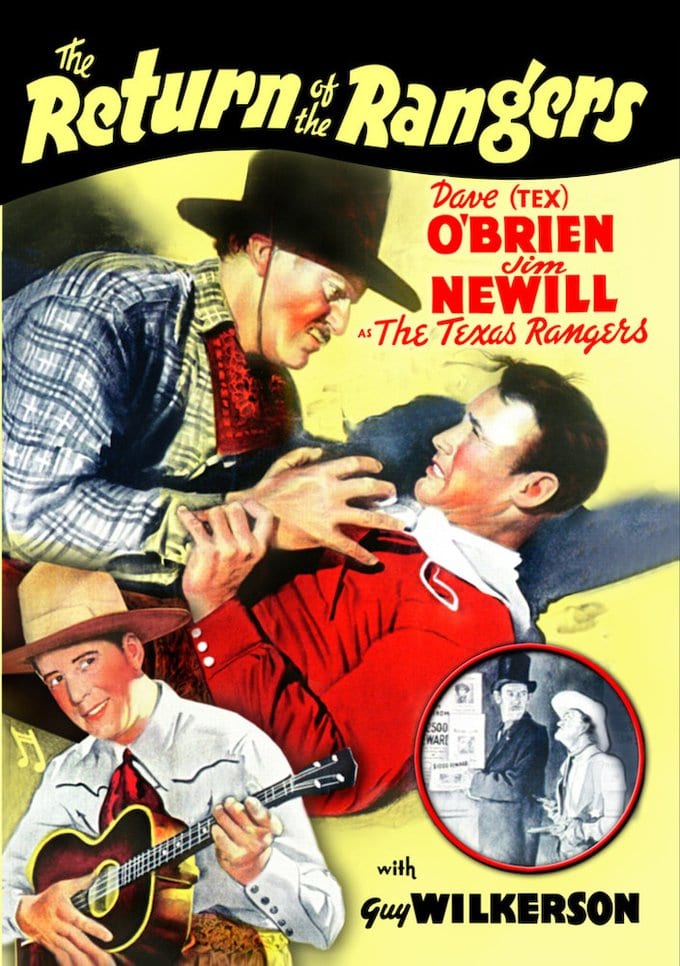 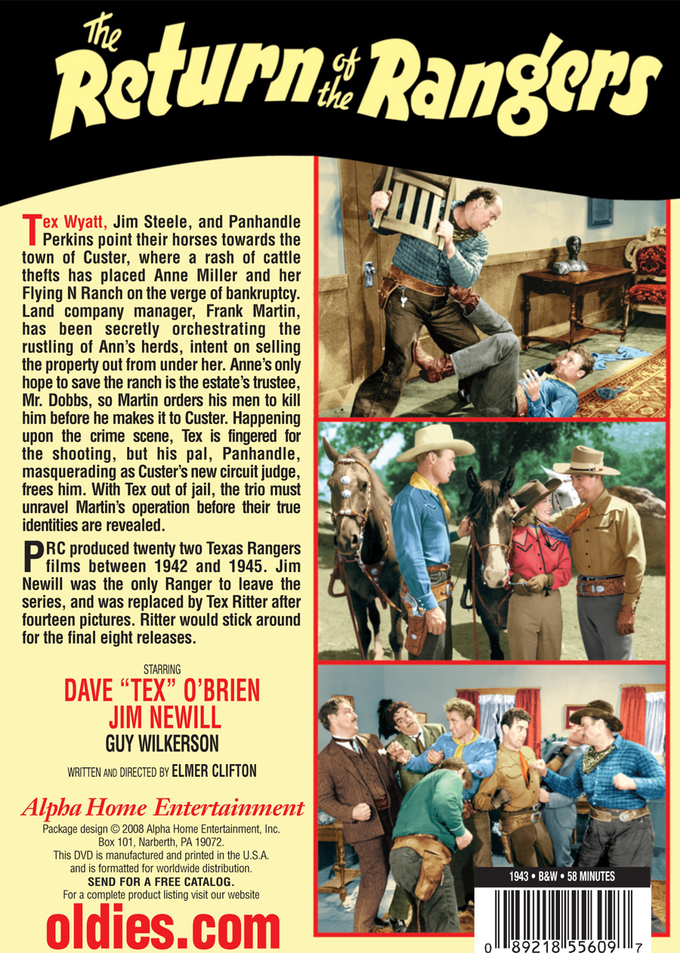 Tex Wyatt, Jim Steele, and Panhandle Perkins point their horses towards the town of Custer, where a rash of cattle thefts has placed Anne Miller and her Flying N Ranch on the verge of bankruptcy. Land company manager, Frank Martin, has been secretly orchestrating the rustling of Ann's herds, intent on selling the property out from under her. Anne's only hope to save the ranch is the estate's trustee, Mr. Dobbs, so Martin orders his men to kill him before he makes it to Custer. Happening upon the crime scene, Tex is fingered for the shooting, but his pal, Panhandle, masquerading as Custer's new circuit judge, frees him. With Tex out of jail, the trio must unravel Martin's operation before their true identities are revealed.

PRC produced twenty two Texas Rangers films between 1942 and 1945. Jim Newill was the only Ranger to leave the series, and was replaced by Tex Ritter after fourteen pictures. Ritter would stick around for the final eight releases.

Good Vs. Evil | Cowboys
This product is made-on-demand by the manufacturer using DVD-R recordable media. Almost all DVD players can play DVD-Rs (except for some older models made before 2000) - please consult your owner's manual for formats compatible with your player. These DVD-Rs may not play on all computers or DVD player/recorders. To address this, the manufacturer recommends viewing this product on a DVD player that does not have recording capability.

The Texas Rargers; The Return of the Rangers Movie Lover: terence brookes from BARROW IN FURNESS, CUMBRIA GB -- May, 26, 2015