Get email alerts for Curtis Mayfield
Currently Out of Stock: We'll get more as soon as possible
Notify Me When Available
Add to Wishlist
Format:  Vinyl LP
item number:  RHI 50011
91% recommend us! 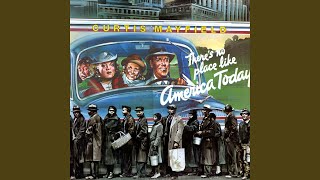 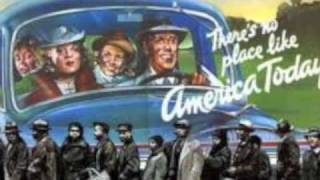 The title is intended in an ironic way, as illustrated not only by the cover -- a grim parody of late-'40s/early-'50s advertising imagery depicting white versus black social reality -- but the grim yet utterly catchy and haunting opening number, "Billy Jack." A song about gun violence that was years ahead of its time, it's scored to an incisive horn arrangement by Richard Tufo. "When Seasons Change" is a beautifully wrought account of the miseries of urban life that contains elements of both gospel and contemporary soul. The album's one big song, "So in Love," which made number 67 on the pop charts but was a Top Ten soul hit, is only the prettiest of a string of exquisite tracks on the album, including "Blue Monday People" and "Jesus" and the soaring finale, "Love to the People," broken up by the harder-edged "Hard Times." The album doesn't really have as clearly delineated a body of songs as Mayfield's earlier topical releases, but it's in the same league with his other work of the period and represents him near his prime as a composer. ~ Bruce Eder