Wolf Alice Visions of a Life

NME (Magazine): 5 stars out of 5 -- "Bassist Theo Ellis and Joel Amey's rhythm section propels each song with just the right combination of intricacy and immediacy." 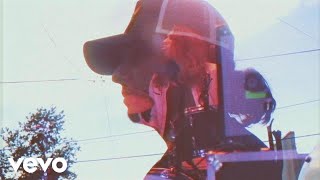 NME (Magazine)
5 stars out of 5 -- "Bassist Theo Ellis and Joel Amey's rhythm section propels each song with just the right combination of intricacy and immediacy."
Paste (magazine) - "Riddled with passion and panache, VISIONS OF A LIFE veers farther afield from the post-grunge pastures of their first collection..."
Clash (Magazine) - "The LP's title track closes the record with surging riffs that bring on a rock 'n' roll chorus of roaring instrumental elements."

Personnel: Ellie Rowsell (vocals, guitar, omnichord, keyboards, synthesizer); Joff Oddie (guitar, keyboards, synthesizer, programming, background vocals); Joel Amey (omnichord, keyboards, drum, percussion, programming, background vocals); Theo Ellis (keyboards, synthesizer, background vocals); Justin Meldal-Johnsen (keyboards).
Audio Mixer: Tom Elmhirst.
Wolf Alice mastered the glossy and grungy sides of alt-rock on My Love Is Cool, with songs like "Bros" and "Moaning Lisa Smile" earning them accolades that included a Grammy nomination. On Visions of a Life, they explore the wider -- and sometimes wilder -- facets of their music. To that end, they recruited producer Justin Meldal-Johnsen, who toured with the famously chameleonic Beck as his musical director and bassist, and also produced albums for acts as disparate as M83, Paramore, and the Raveonettes. With his help, Wolf Alice both narrow and widen their focus, isolating their bratty, fizzy guitar-pop on "Yuk Foo," "Space & Time," and "Beautifully Unconventional," and delving into the trippier side of their music on "Formidable Cool," "Sadboy," and the title track, which flirts with prog and metal in its ambitious sweep. While these songs reaffirm that Wolf Alice can pull off almost any style of music, Visions of a Life's most convincing moments build on My Love Is Cool's forays into dream pop. Inspired by a late friend of the band, the aptly named opener "Heavenward" is so gorgeous that it's tempting to want Wolf Alice to concentrate on this side of their music in the future. Similarly, "Planet Hunter" and "St. Purple & Green" are potent reminders of just how well the band does huge moments, while Ellie Roswell's whispers bring intimacy to love's euphoric beginnings on "Don't Delete the Kisses" and its rocky end on "Sky Musings." A reflection of a young band trying out all its possibilities, Visions of a Life is more scattered than My Love Is Cool, but its best songs hint at even more potential. ~ Heather Phares

Courtney Barnett
Tell Me How You Really Feel
$14.30 Super Savings
Add to Cart