Too much of a good thing is wonderful

54K ratings
Currently Out of Stock: We'll get more as soon as possible
Notify Me When Available
Add to Wishlist
Format:  DVD
sku:  388JK
92% recommend us! 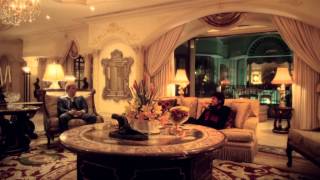 Behind The Candelabra (2013) Official Trailer

Filmmaker Steven Soderbergh explores the relationship between flamboyant pianist Liberace (played by Michael Douglas) and his long-term partner, Scott Thorson (Matt Damon), in this Warner Bros. biopic based on Thorson's best-selling memoirs. An pianist with a playful flair for showmanship, Liberace was a beloved entertainer when, in the summer of 1977, he began a five-year love affair with the much-younger Thorson. Though on the surface the pair couldn't have seemed more different, the y quickly established an intimate bond that would take Thorson on a wild ride through the glamorous world of showbusiness while revealing a side of his talented older lover that few had glimpsed before. Rob Lowe, Dan Aykroyd, Scott Backula, and Debbie Reynolds co-star. A considerable hit when it premiered on HBO in May of 2013, BEHIND THE CANDELABRA impressed at the 2013 Emmy Awards by taking home trophies for Best Mini-Series or TV Movie, Best Actor in a Mini-Series or TV Movie (Michael Douglas), and Best Directing, Mini-Series or TV Movie.

Beasts of the Southern Wild
$5.59 Spring Sale
Add to Cart