Maciste Double Feature: Maciste In King Solomon's Mines (1964) / Maciste Against Hercules in the Vale of Woe (1961)

Maciste is captured and forced into slavery. / Two boxing promoters travel back to the time of Hercules. 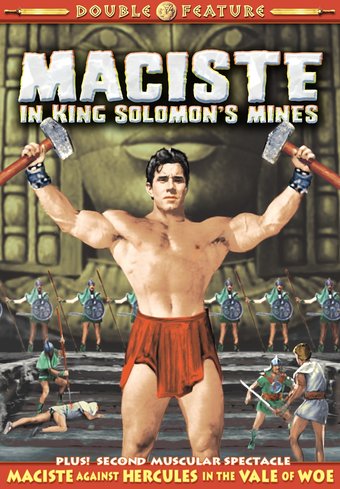 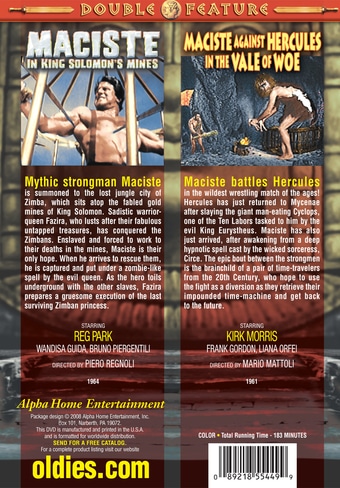 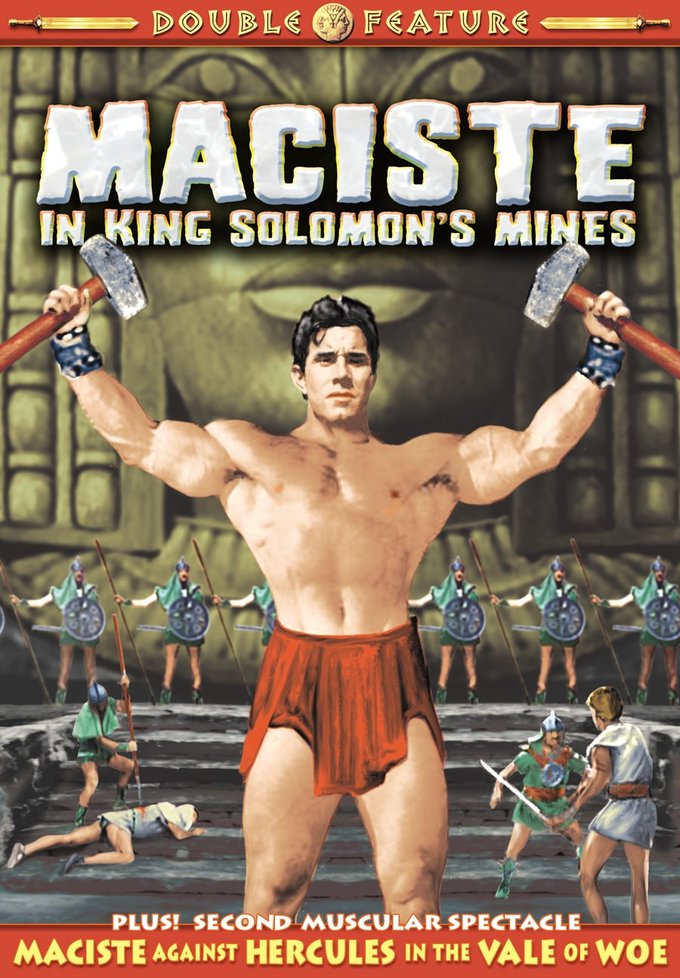 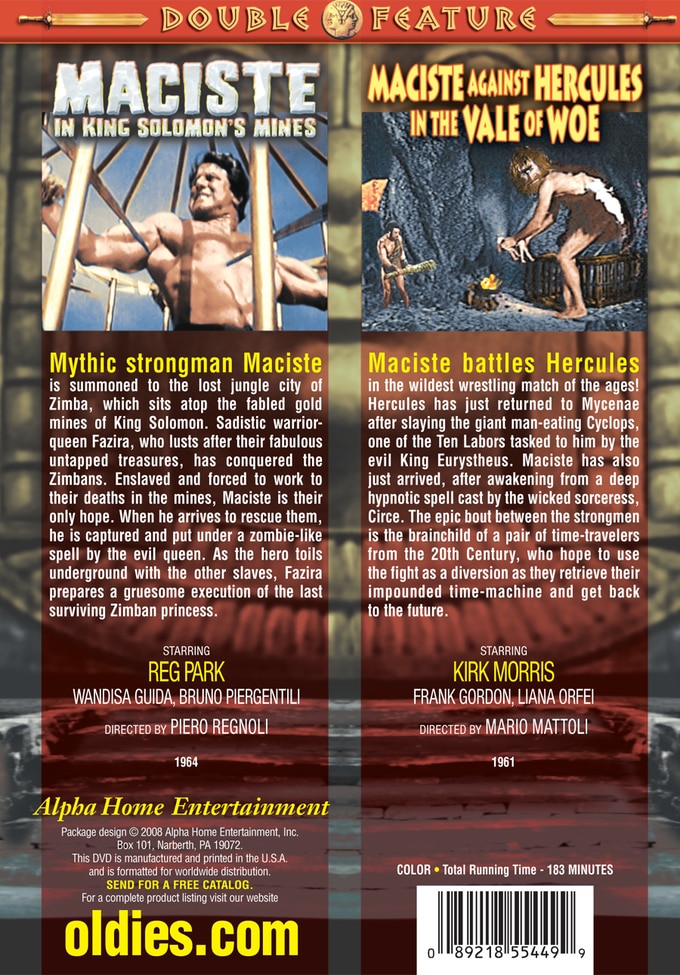 Maciste In King Solomon's Mines (1964, Color): Mythic strongman Maciste is summoned to the lost jungle city of Zimba, which sits atop the fabled gold mines of King Solomon. Sadistic warrior-queen Fazira, who lusts after their fabulous untapped treasures, has conquered the Zimbans. Enslaved and forced to work to their deaths in the mines, Maciste is their only hope. When he arrives to rescue them, he is captured and put under a zombie-like spell by the evil queen. As the hero toils underground with the other slaves, Fazira prepares a gruesome execution of the last surviving Zimban princess.

Maciste Against Hercules in the Vale of Woe (1961, Color): Maciste battles Hercules in the wildest wrestling match of the ages! Hercules has just returned to Mycenae after slaying the giant man- eating Cyclops, one of the Ten Labors tasked to him by the evil King Eurystheus. Maciste has also just arrived, after awakening from a deep hypnotic spell cast by the wicked sorceress, Circe. The epic bout between the strongmen is the brainchild of a pair of time- travelers from the 20th Century, who hope to use the fight as a diversion as they retrieve their impounded time-machine and get back to the future.

Action | Adventure | Jungle | Adventurers
This product is made-on-demand by the manufacturer using DVD-R recordable media. Almost all DVD players can play DVD-Rs (except for some older models made before 2000) - please consult your owner's manual for formats compatible with your player. These DVD-Rs may not play on all computers or DVD player/recorders. To address this, the manufacturer recommends viewing this product on a DVD player that does not have recording capability.

16%off
The Tyrant of Lydia Against the Son of Hercules
$8.40 Super Savings
Add to Cart

16%off
The Terror of Rome Against the Son of Hercules
$8.40 Super Savings
Add to Cart

Hercules and the Captive Women
$12.70
Add to Cart