Living Blues: "...Curry presents a strong case for his enshrinement in the Southern soul Hall of Fame." 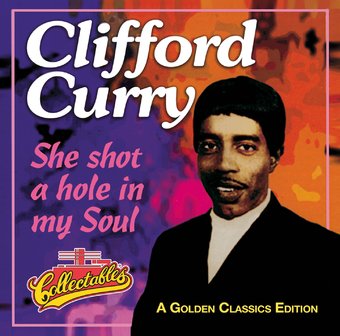 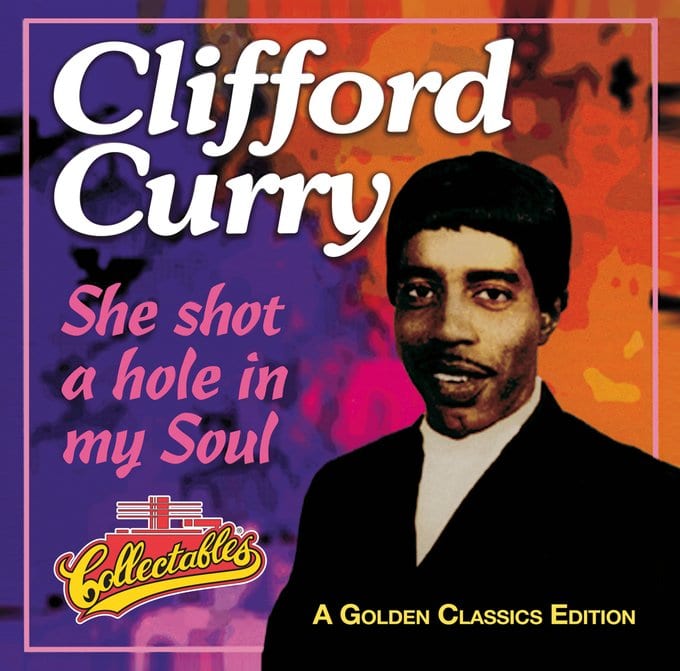 The fine R&B singer Clifford Curry joined his first group, The Echoes, in 1956 when he was still in high school. Before striking out on his own, he was also a member of The Bubba Suggs Band, and finally achieved solo success in 1967. This disc contains twenty tracks of his best material from 1967-73, and includes his highest charting Pop hit, "She Shot A Hole In My Soul".

Recorded in 1967 & 1973. Includes liner notes by Buzz Cason.
Personnel: Clifford Curry (vocals); Mac Gayden (guitar).
Liner Note Author: Buzz Cason.
This 20-song set brings together all of Clifford's recordings for Buzz Cason's Elf label. Classic late-'60s Southern R&B, these recordings vary widely from his earlier sides for Excello as "Sweet Clifford." Curry pleads and croons his way through classics like "East West North or South," "The Natives Are Restless Tonight," "Barkin' Up the Wrong Tree," "Leave Him to Me," and the title track. His turns on cover material like "Delta Dawn" and "Double Shot of My Baby's Love" put an original spin on these two old warhorses. A nice collection of this artist's best. ~ Cub Koda

54%off
Chris Bartley
Sweetest Thing This Side of Heaven - A Golden Classics Ed. (CD-R)
$5.98 CYBER WEEK
Add to Cart