He's Trained His Brood of Blood-Hungry Bats to Kill on Command! 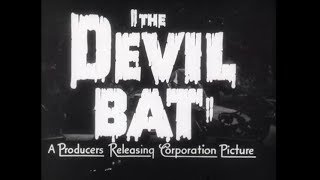 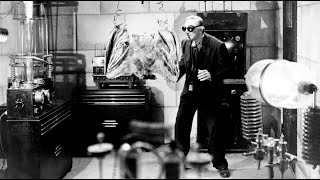 After brilliant scientist Dr. Paul Carruthers (Bela Lugosi) develops an ingenious product for a cosmetics company, he is cheated out of his fair share of the profits by his greedy partners. Hell bent for revenge, he decides to turn his laboratory of science into one of doom as he creates a giant race of bats that turn into ripping and shredding beasts of fury, designed to attack anyone wearing the very product he invented. Includes audio commentary by Richard Harland Smith (film historian and TCM columnist).

Bela Lugosi plays crazed scientist Dr. Paul Carruthers, who feels he has been treated horribly by the cosmetics companies and sets out to get his revenge in THE DEVIL BAT. To do this, he comes up with an ingenious--and very deadly--scheme: he trains bats to murder his enemies. Whenever the creatures smell the scent of a perfume he has created, they attack, and Dr. Carruthers makes sure that the targets of his wrath are covered in the fragrance.

Driven by the thrill of vengeance, a crazy scientist devises a particularly diabolical murder scheme. He spent years training a swarm of bloodsucking killer bats to attack their prey of men at any given time. The attraction that these little, flying creatures have to these unsuspecting gentlemen is the smell of their aftershave.