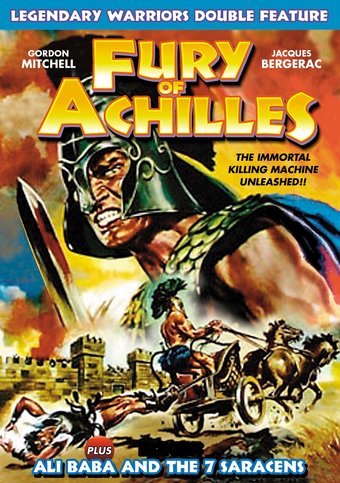 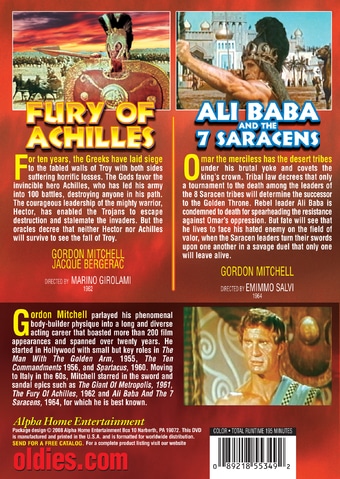 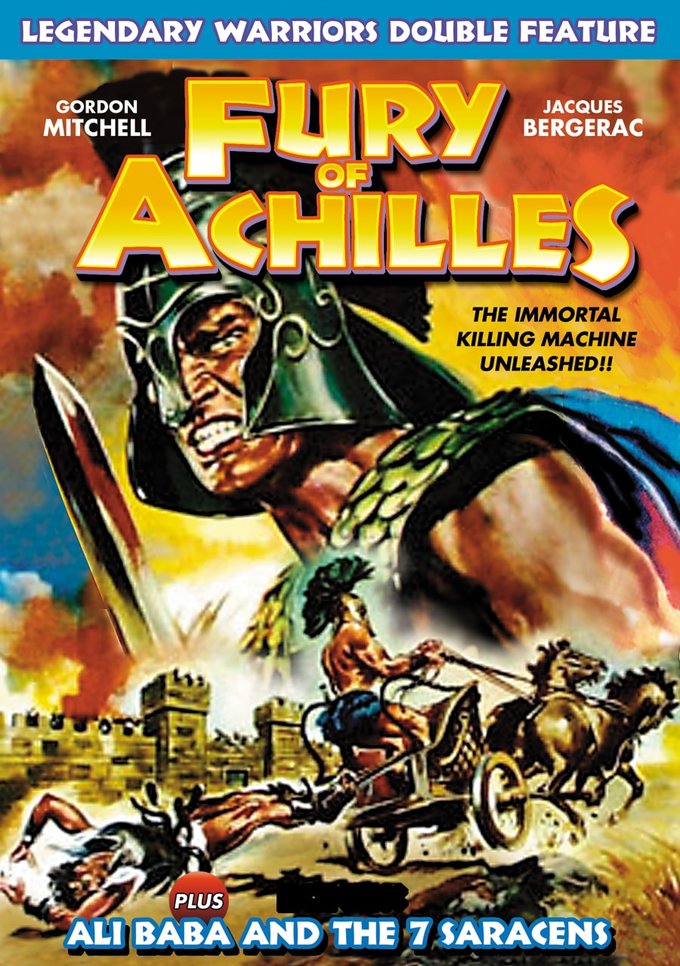 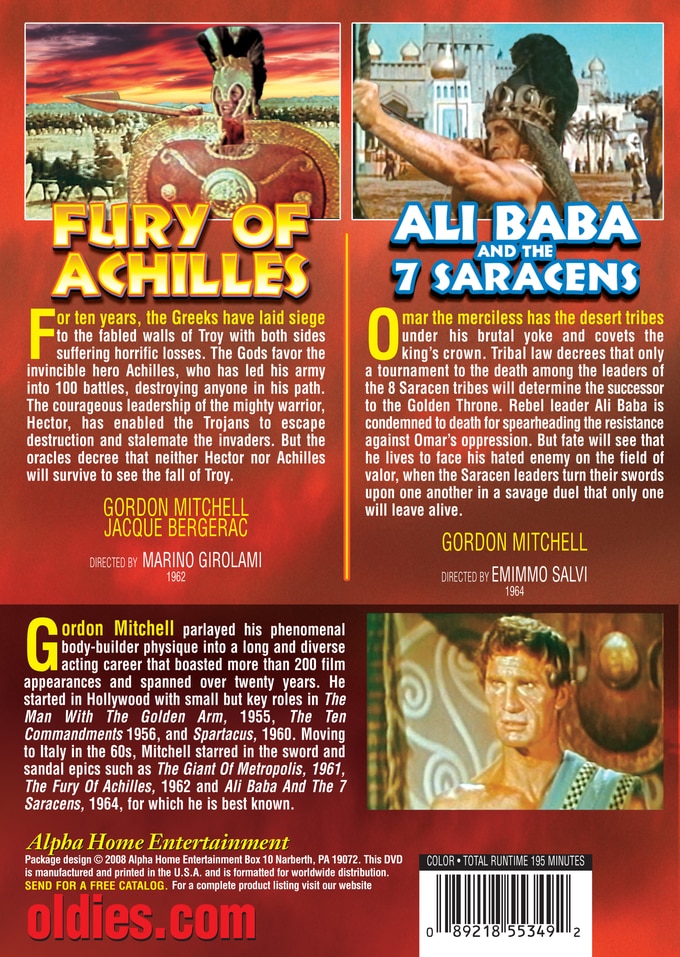 Gordon Mitchell parlayed his phenomenal body-builder physique into a long and diverse acting career that boasted more than 200 film appearances and spanned over twenty years. He started in Hollywood with small but key roles in The Man With The Golden Arm, The Ten Commandments, and Spartacus. Moving to Italy in the 60s, Mitchell starred in the sword and sandal epics such as The Giant Of Metropolis, The Fury Of Achilles and Ali Baba And The 7 Saracens.

Fury Of Achilles (1962, Color): For ten years, the Greeks have laid siege to the fabled walls of Troy with both sides suffering horrific losses. The Gods favor the invincible hero Achilles, who has led his army into 100 battles, destroying anyone in his path. The courageous leadership of the mighty warrior, Hector, has enabled the Trojans to escape destruction and stalemate the invaders. But the oracles decree that neither Hector nor Achilles will survive to see the fall of Troy. Starring Gordon Mitchell and Jacque Bergerac; Directed by Marino Girolami.

Ali Baba & The 7 Saracens (1964, Color): Omar the merciless has the desert tribes under his brutal yoke and covets the king's crown. Tribal law decrees that only a tournament to the death among the leaders of the 8 Saracen tribes will determine the successor to the Golden Throne. Rebel leader Ali Baba is condemned to death for spearheading the resistance against Omar's oppression. But fate will see that he lives to face his hated enemy on the field of valor, when the Saracen leaders turn their swords upon one another in a savage duel that only one will leave alive. Starring Gordon Mitchell; Directed by Emimmo Salvi.