Down Beat: 5 Stars - Excellent - "..the first LP to capture the raw dynamism of Chicago's second-generation electric blues. It's still a classic...peak performances by Wells on harmonica and vocals and Buddy Guy on guitar..." 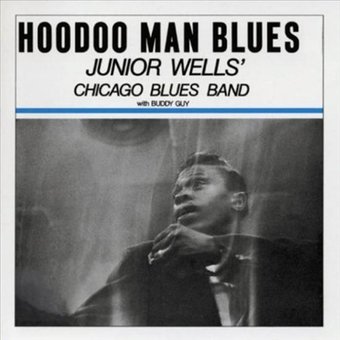 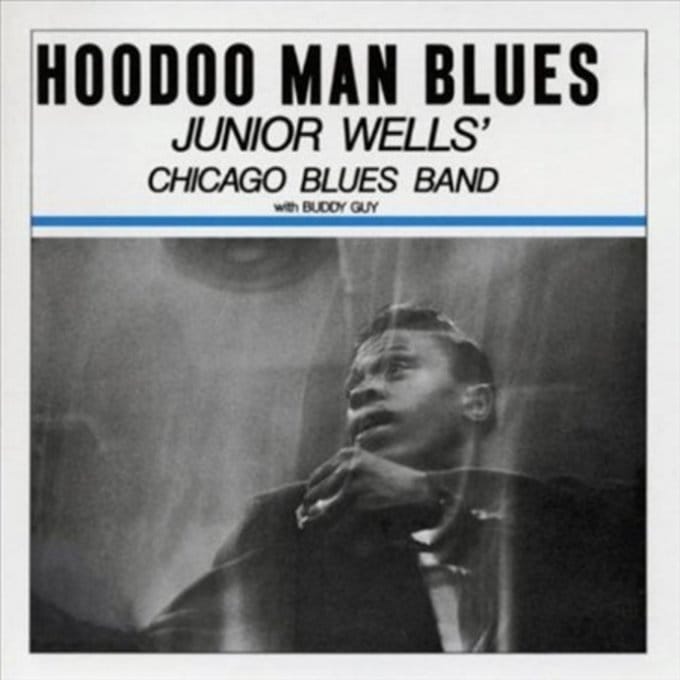 Down Beat - 11/91
5 Stars - Excellent - "..the first LP to capture the raw dynamism of Chicago's second-generation electric blues. It's still a classic...peak performances by Wells on harmonica and vocals and Buddy Guy on guitar..."
Living Blues - p.71
"Warren's drumsticks stay close to the skins, Myers' bass lines take alternate routes and play with the patterns in a loose, jazzy fashion..."

Personnel: Junior Wells (vocals, harmonica); Buddy Guy (guitar); Jack Myers (bass); Billy Warren (drums).
Recorded in Chicago, Illinois on September 22 & 23, 1965. Includes liner notes by Bob Koester.
The '60s were a very productive time for Junior Wells, but if any Wells album deserves to be exalted as his most triumphant recording of the '60s, it is Hoodoo Man Blues. This superb 1965 session is not only widely regarded as one of Wells' finest achievements, it is also Delmark's best-selling release of all time. Delmark has reissued Hoodoo Man Blues more than once over the years; the album first appeared on CD in the early '90s, and in 2011, Delmark came out with this 63-minute expanded edition. On top of offering an abundance of previously unreleased alternate takes, Delmark's 2011 version of Hoodoo Man Blues offers a new cardboard fold-out cover and new liner notes from Bob Koester (along with Koester's original liner notes from 1965). It isn't hard to see why Hoodoo Man Blues is held in such high regard; joined by Buddy Guy on guitar, Jack Myers on bass, and Billy Warren on drums, Wells soars as both a singer and a harmonica player. This is the same working group that Wells had been leading at Theresa's on Chicago's West Side, and Koester (who produced the album) vividly captures the type of grit that Wells brought to the stage. This is a studio recording, but when Wells and his colleagues dig into "Good Morning, Schoolgirl," "Yonder Wall," or "We're Ready," they sound as raw, gutsy, and uninhibited as one would expect them to sound in a club setting. And while Guy leaves the singing to Wells, he really shines on guitar. Guy, it should be noted, was listed as "Friendly Chap" on Delmark's original LP version of Hoodoo Man Blues; Delmark thought Guy was under contract to Chess, and so, they gave him a pseudonym. But by the early '70s, Guy's real name was being listed on pressings of this classic album. And make no mistake: Hoodoo Man Blues is a classic. This is essential listening for lovers of electric Chicago blues. ~ Alex Henderson