Minnie Driver Everything I've Got in My Pocket

Uncut: 3 stars out of 5 - "[S]he's got an appealing bittersweet voice....Classic country-folk fare." 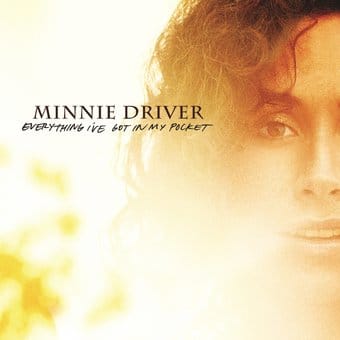 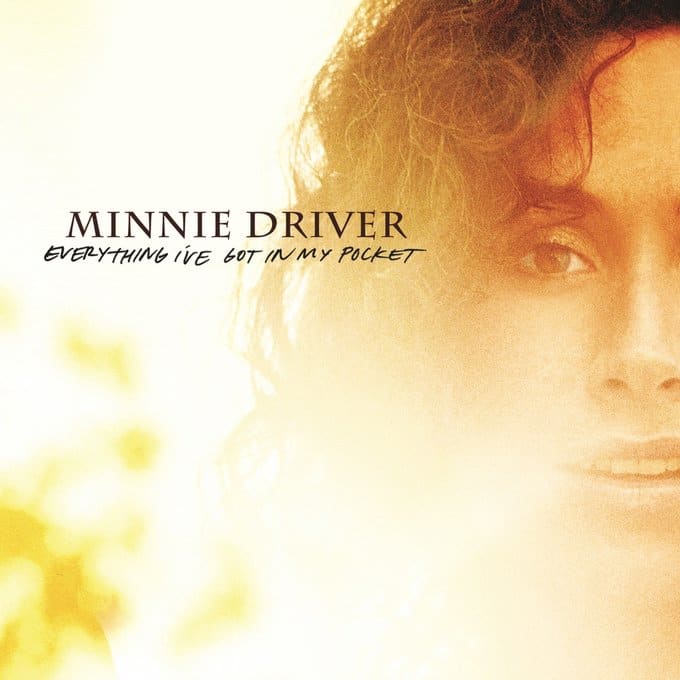 Personnel: Minnie Driver (vocals, guitar); Minnie Driver; Zak Schaffer (guitar, piano, bass guitar); Jeff Trott (guitar, keyboards, bass guitar); Jonny Polonsky (guitar); Tim Walker (pedal steel guitar); Rami Jaffee (piano, Hammond b-3 organ, chamberlin, keyboards, synthesizer, vibraphone, music box); Al Wolovitch (upright bass); Josh Turner (loops); Marc Dauer (guitar, Mellotron); Ben Peeler (lap steel guitar); Christopher Joyner (piano); Joey Peters (drums, percussion); Mario Calire (drums); Malcolm Cross (percussion); Keith Schreiner (programming).
Audio Mixers: Zak Schaffer; Josh Turner; Jeff Trott; Bob Demoa; Todd Burke.
Recording information: The Clinic, West Hollywood, CA.
Photographers: Dustin Lynn; James "Big Jim" Wright .
According to her bio, Minnie Driver was a singer long before she ever became an actress. Accordingly, Everything I've Got in My Pocket, her first album, contains ten Driver originals and a cover of Bruce Springsteen's "Hungry Heart." The project began as an exhortation by producer Marc "Doc" Dauer, who had heard Driver's songs accompanied by her self-admitted "mangled" guitar playing. Dauer plays guitar and leads a band that includes multi-instrumentalist Rami Jaffee. As for the material, it's pleasant and the songs are ably written, and Driver can sing to boot. She writes all over the map, from the gently textured Americana of "Fast As You Can" to the suburban country-flavored "Home" to the lush folksy pop of "Invisible Girl," which feels like some slick teahouse session between Aimee Mann and Avril Lavigne. There's nothing wrong with anything here: it's pleasant, breezy, and gentle. But records come out like this every single day. These songs possess no edge -- nothing to distinguish them whatsoever other than that they were recorded by a famous actress. In addition, the Springsteen cover is an utter throwaway; she adds nothing to the song, and in fact drains the emotion from it. What does stand out is Dauer's fine, sympathetic production and his nuanced attention to detail, giving the record some weight and dimension. For the record, Driver is a developing songwriter, someone who is growing into her material and finding her way into her craft. But to be honest, anyone else would never get the chance to record a second record because there is not enough here to make this collection of songs notable. Celebrity has its privilege; should Driver go further, sharpening and developing her skills, it will have served her well. For now, though, she shouldn't quit her day job, because at this moment in time this is a curiosity piece and little more. ~ Thom Jurek