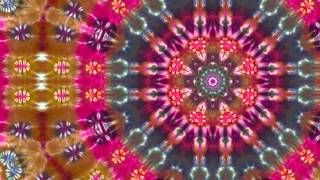 Personnel: Jerry Garcia (vocals, guitar); Phil Lesh (vocals, electric bass); Donna Jean Godchaux, Bob Weir (vocals); Keith Godchaux (keyboards); Bill Kreutzmann (drums).
Audio Mixer: Jeffrey Norman.
Liner Note Author: David Lemieux.
Recording information: Veneta, OR (08/27/1972).
For those unindoctrinated to the obsessive world of Grateful Dead culture that goes past fandom into a somewhat disconcerting preoccupation, the Deadhead's need for rampant collection and cataloging of live recordings of the band's jammy shows may seem completely insane. Ranging from the many, many live albums officially released when the band was still active to countless bootlegs and even more low-quality audience-recorded tapes, almost every minute of the group's over 2,000 concerts have been documented in some form, with newly refurbished or remixed gigs coming out from the vaults every year. To untrained ears, these shows could sound like interchangeable noodly nonsense, but even the most reluctant listener would be struck by what the initiated already hold dear from a recording like Sunshine Daydream: Veneta, OR, August 27th, 1972. The Dead were fresh off the international tour that would yield their groundbreaking Europe '72 live disc, and showed up in a town outside of Eugene, Oregon for a benefit concert to come to the aid of longtime friend Ken Kesey's failing dairy farm. The three sets here have everything that made this one of the most colorful and captivating eras of the Dead's live playing. Somewhere between the caveman psychedelia of their beginnings and the bluegrass-steeped folk-rock of their most popular studio albums American Beauty and Workingman's Dead, Garcia and company refined their live jamming skills into something that seemed almost like a mental synchronization at its best. Apart from incredibly locked-in hypnotic jams like a nearly 20-minute rendition of "Playing in the Band" and an even longer "Dark Star," we're also treated to hard-living country-rock tunes like "He's Gone" and "Bertha" as well as Bob Weir's cowboy songs of the time like "Mexicali Blues." While this set doesn't benefit from the re-recorded studio vocal touchups of Europe '72, the musical performances are just as strong if not even more electric and comfortable. A long-traded fan favorite, Sunshine Daydream finally sees a properly mixed presentation of the 16-track master tapes of nearly three hours of one of the Grateful Dead's finest concert moments. It's essential listening for Deadheads and possibly the best place for the curious to jump in. ~ Fred Thomas