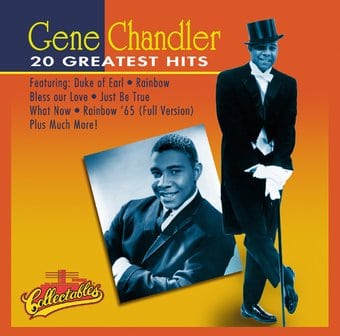 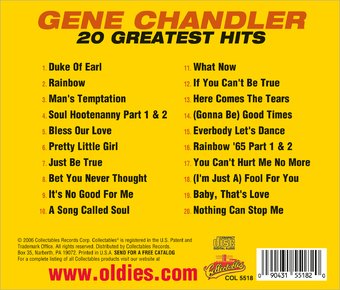 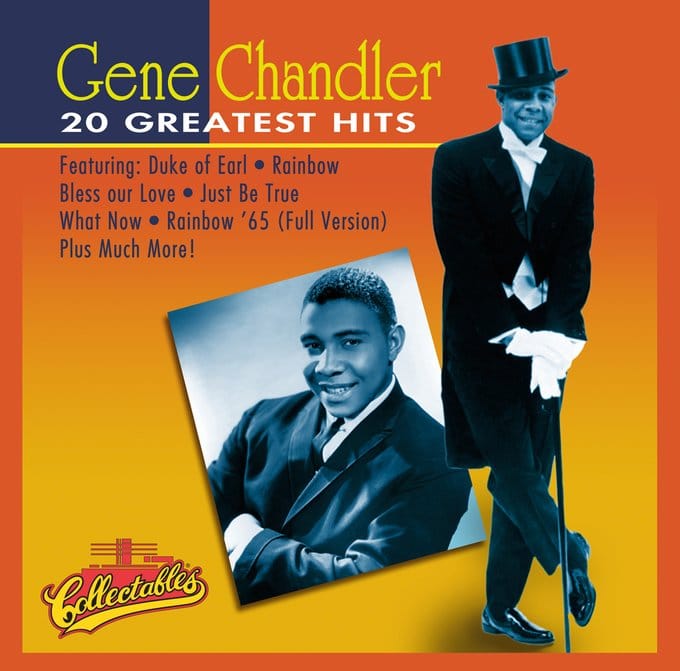 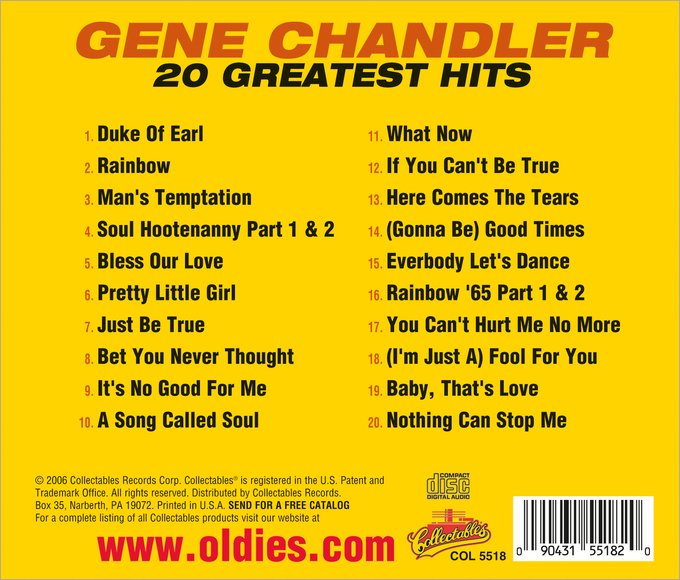 Along with Curtis Mayfield and Jerry Butler, Gene Chandler was one of the leading exponents of '60s Chicago Soul. "Duke of Earl" in 1962 was his biggest hit (it reached #1) and he scored many more R&B and Pop hits through the decade (many of them written by Mayfield) which are all included here.

Personnel: Gene Chandler (vocals).
Liner Note Author: Mark Marymont.
Gene Chandler has enjoyed some widely spaced hits across several different styles and musical eras, which means that any truly representative compilation of his most popular work has got to be very thorough and very ambitious. This 20-song collection, offering just under an hour of material, isn't really either -- but it still has some listening virtues. The producers give a very sketchy overview of Chandler's early-'60s history with Vee-Jay Records, represented by just three songs, the million-seller "Duke of Earl," of course, and the more modest successes "Rainbow" and "Man's Temptation." These may have been his most successful singles, but they weren't the only ones he did with the label to chart, so there's that problem with the opening tracks here. And then listeners are on to the core of this collection, Chandler's work for the Constellation label -- the presence of 17 songs from that library would be fine except for the fact that the producers haven't followed anything even remotely resembling chronological sequencing. The reasons for this are difficult to fathom, but it makes listening to this CD more of a chore than it should be, especially as the sound is surprisingly good for an early-'90s release. And Mark Marymount's annotation is also sufficiently thorough to mention a lot of the songs that are not heard here. Those interested in a bargain should grab this disc, but those with more of a serious interest in Chandler's music should opt for Varese Sarabande's Nothing Can Stop Me: Gene Chandler's Greatest Hits instead, which gives a more thorough and better thought-out overview of his work, also across 20 tracks. ~ Bruce Eder


Another one of those great singers from the 60's with the music that will never die. I grew up with "Duke of Earl" and to this day I still love it. What memories!