The Esquires Get On Up - A Golden Classics Edition 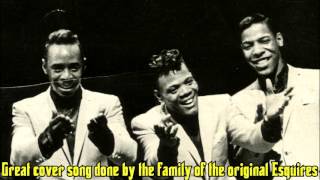 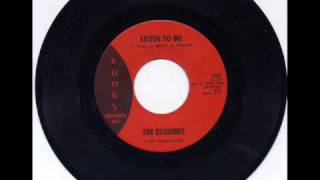 The Soul quintet The Esquires were another group who formed when its members were still in high school - in this case, North Division High School in Milwaukee. The group got together in 1957, and after some personnel changes, began hitting the charts in 1967, with "Get On Up", "And Get Away", and other songs which are featured on this classics collection.

The Esquires includes: Gilbert Moorer, Alvis Moorer, Betty Moorer, Millard Edwards.
This CD reissue of the Esquires' classic debut LP will have you wondering why big-time success eluded the harmony-laden foursome. The often-changing lineup consisted at this point of Gilbert Moorer, Alvis Moorer, Shawn Taylor, and Millard Edwards. Edwards, who sang with the Sheppards, was from Chicago, while the other three were Milwaukee natives. Everyone is familiar with "Get On Up," a monster, and its knock-off follow-up, "And Get Away"; however, not many know of the excellent slow and mid-tempo numbers that B-sided their faster A-sides. Gilbert, Taylor, and Edwards shared the leads (Sam Pace later replaced Taylor). Gilbert's soaring falsetto and Edwards' deep bottom made all their songs interesting. If you can find the import on London's Westside label, Get On Up...And Get Way with the Esquires, then go for it -- it has 23 cuts, compared to the 12 on this one. ~ Andrew Hamilton

The Esquires
Get On Up: Their Very Best
$11
Add to Cart