At Ocean Front High, what do they call a guy who cuts classes, hates homework, and lives for summer vacations? Teacher. 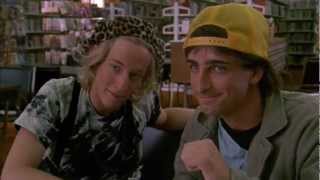 A laid-back high school coach (Mark Harmon) reluctantly forfeits a Hawaiian vacation to teach remedial English to a class of likable misfits. This goofy comedy tells the sweetly inspiring story of the group of high school slackers who seem destined to fail until they land in the coach's class. As both students and teacher accept the fact that they must complete the course, all learn a great deal about themselves, their priorities, and friendship.