Hercules Double Feature: Hercules Against the Mongols (1963) / Hercules and the Masked Rider (1964) 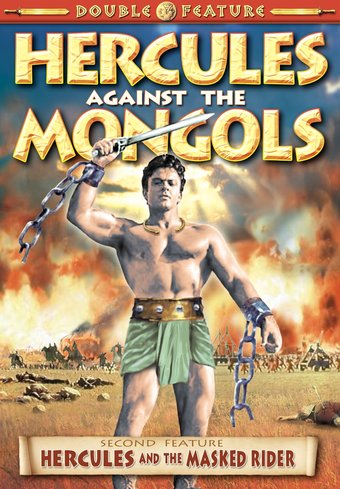 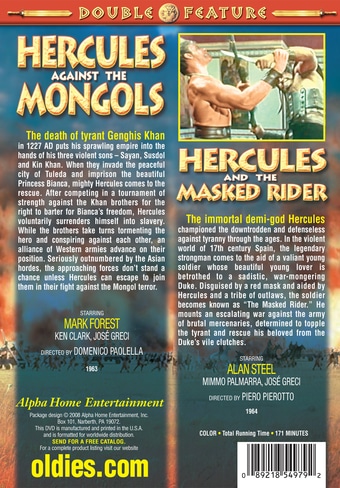 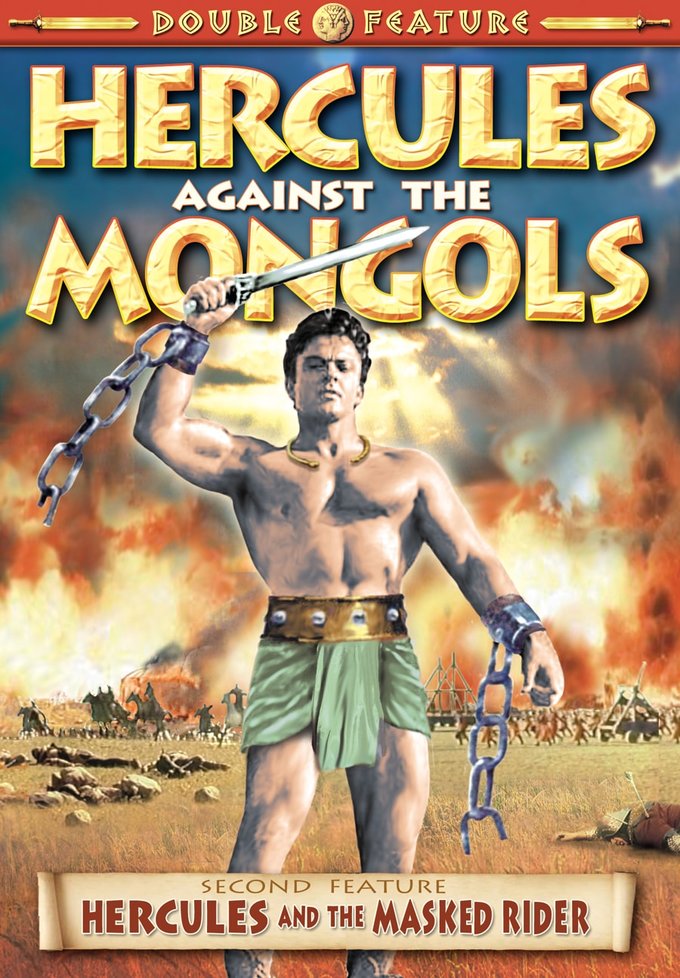 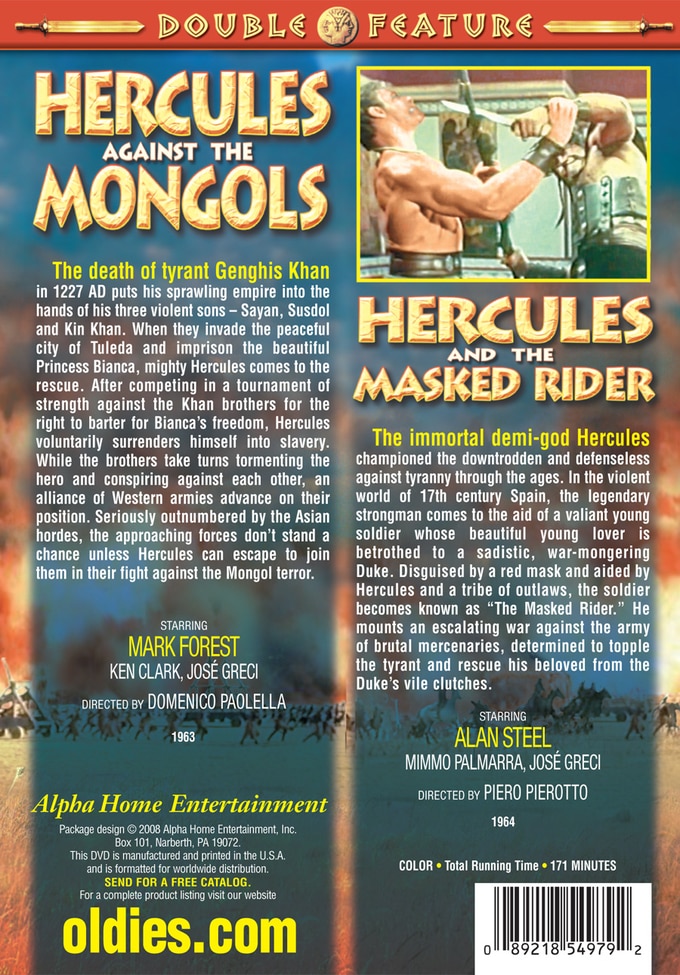 Hercules against the Mongols (1963, Color): The death of tyrant Genghis Khan in 1227 AD puts his sprawling empire into the hands of his three violent sons - Sayan, Susdol and Kin Khan. When they invade the peaceful city of Tuleda and imprison the beautiful Princess Bianca, mighty Hercules comes to the rescue. After competing in a tournament of strength against the Khan brothers for the right to barter for Bianca's freedom, Hercules voluntarily surrenders himself into slavery. While the brothers take turns tormenting the hero and conspiring against each other, an alliance of Western armies advance on their position. Seriously outnumbered by the Asian hordes, the approaching forces don't stand a chance unless Hercules can escape to join them in their fight against the Mongol terror.

Hercules and the Masked Rider (1964, Color): The immortal demi-god Hercules championed the downtrodden and defenseless against tyranny through the ages. In the violent world of 17th century Spain, the legendary strongman comes to the aid of a valiant young soldier whose beautiful young lover is betrothed to a sadistic, war-mongering Duke. Disguised by a red mask and aided by Hercules and a tribe of outlaws, the soldier becomes known as "The Masked Rider." He mounts an escalating war against the army of brutal mercenaries, determined to topple the tyrant and rescue his beloved from the Duke's vile clutches.

HERCULES AGAINST THE MONGOLS: This action-packed historic adventure stars Mark Forest as Hercules. His heroic and legendary character is forced to go into battle against the barbaric Mongols for invasion of territory.

HERCULES AND THE MASKED RIDER: There seem to be an endless number of cheesy, but fun, Hercules films out there and this title will satisfy anyone with an appetite for the strongman. Here he leads a band of rebels who attack a soldier on his way back home from war. When the soldier has the courage to stand up to the mighty Hercules, he earns some respect, and the two team up to track down the soldier's missing lover.

Action | Adventure | Series | Mythology | Heroes
This product is made-on-demand by the manufacturer using DVD-R recordable media. Almost all DVD players can play DVD-Rs (except for some older models made before 2000) - please consult your owner's manual for formats compatible with your player. These DVD-Rs may not play on all computers or DVD player/recorders. To address this, the manufacturer recommends viewing this product on a DVD player that does not have recording capability.