Wherever you've been ... Whatever you've seen ... You've never run into anything like Warlock. 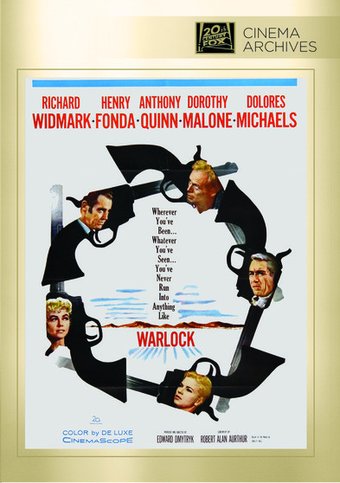 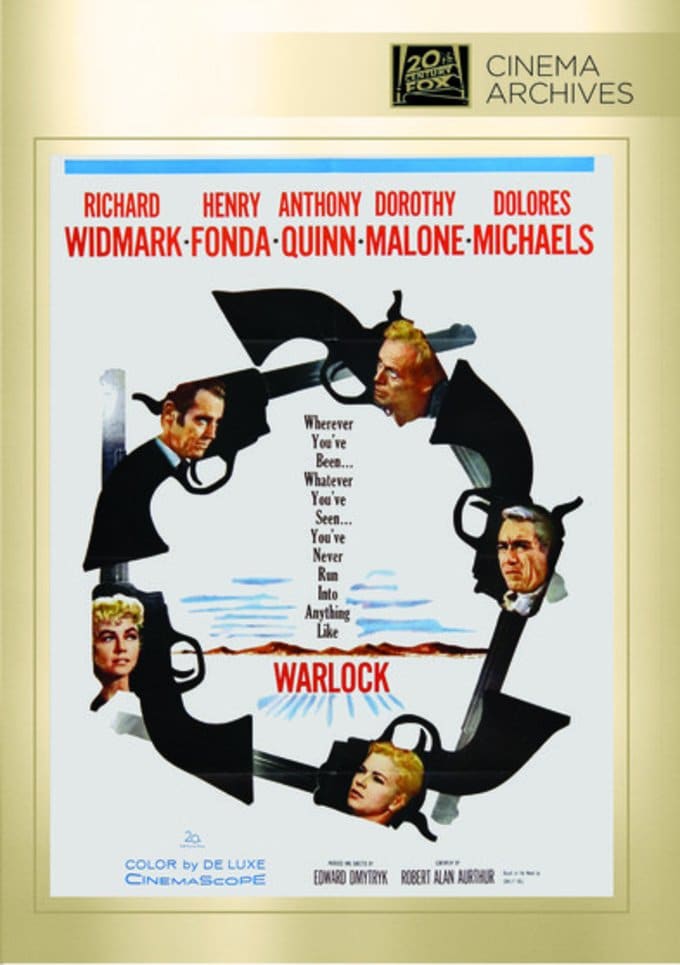 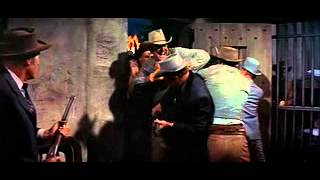 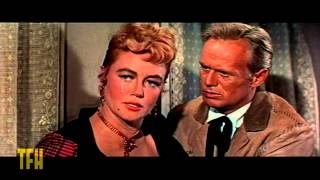 WARLOCK is the story of a town overrun by a gang of bandits and thugs, which leads the honest folk to hire Clay Blaisdell, a famous gunman, to be their marshall and somehow save them from the evil gang.

The outlaw-besieged mining town of Warlock hires a professional vigilante gunslinger named Clay (Henry Fonda) and his club-footed sidekick (Anthony Quinn) to clean up the streets and restore law and order. They tidy things up all right, but their brutal methods call the whole concept of law and order into question. Eventually a reformed outlaw in town named Johnny (Richard Widmark) is elected sheriff, and a showdown with Clay seems inevitable, especially after a beautiful woman (Dolores Michaels) arrives in town accusing Clay of murdering her fiancé.

This character-driven, thinking man's Western benefits from a cast of familiar supporting actors: Wallace Ford, Richard Arlen, Whit Bissell, DeForest Kelley (Bones from STAR TREK) and Frank Gorshin (The Riddler from TV's BATMAN). Director Edward Dmytryk successfully incorporates lofty issues of morality and masculinity into the traditional western trappings, and the result is a classic of the genre, both thoughtful and two-fisted.

Tired of being victimized by a gang of outlaws, the citizens of Warlock, a small mining town, hire a professional gunslinger to clean up their community. However, the townspeople soon discover that they have only traded one form of exploitation for another.

17%off
Polygirls the Songbirds
$5
Add to Cart