Free Angela and All Political Prisoners 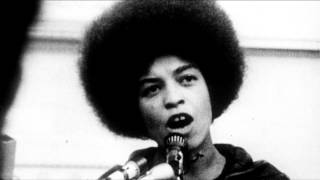 Los Angeles Times - 04/04/2013
"Lynch's film is a work of steady chronological progression....[I]t provides a composed look into the revolutionary spirit."
A.V. Club - 04/04/2013
"FREE ANGELA AND ALL POLITICAL PRISONERS is less a work of agitprop than straightforward history, intriguing but never unsettling." -- Grade: B+

Writer/director Shola Lynch follows up her 2004 documentary CHISHOLM '72: UNBOUGHT AND UNBOSSED with this film centered on the struggle of educator and activist Angela Davis, an outspoken UCLA professor whose affiliation with the Communist Party and the Black Panthers landed her on the FBI's Ten Most Wanted list while challenging our perceptions of political freedom in America. From her early years as a student in the U.S. and abroad to her highly publicized arrest and trial following the brazen hostage-taking and murder of Marin County judge Harold Haley in California, Lynch's film leaves no stone unturned as it explores every remarkable detail of Davis' life, and allows her to tell her own stories through a series of intimate interviews.

54%off
Bobby Seale
Gagged And Chained - The Sentencing of Bobby Seale For...
$5.98 CD Sale
Add to Cart

23%off
PBS - Tell Them We Are Rising: The Story of Black Colleges...
$23 Super Savings
Add to Cart

The Black Panthers: Vanguard of the Revolution (Blu-ray)
$23.70 Super Savings
Add to Cart