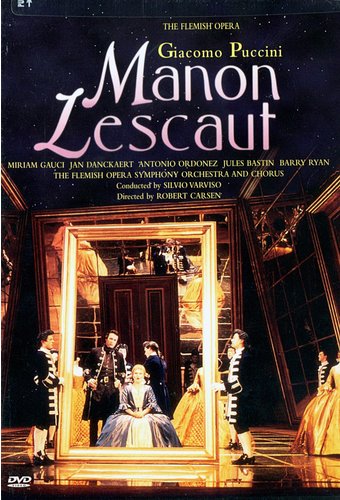 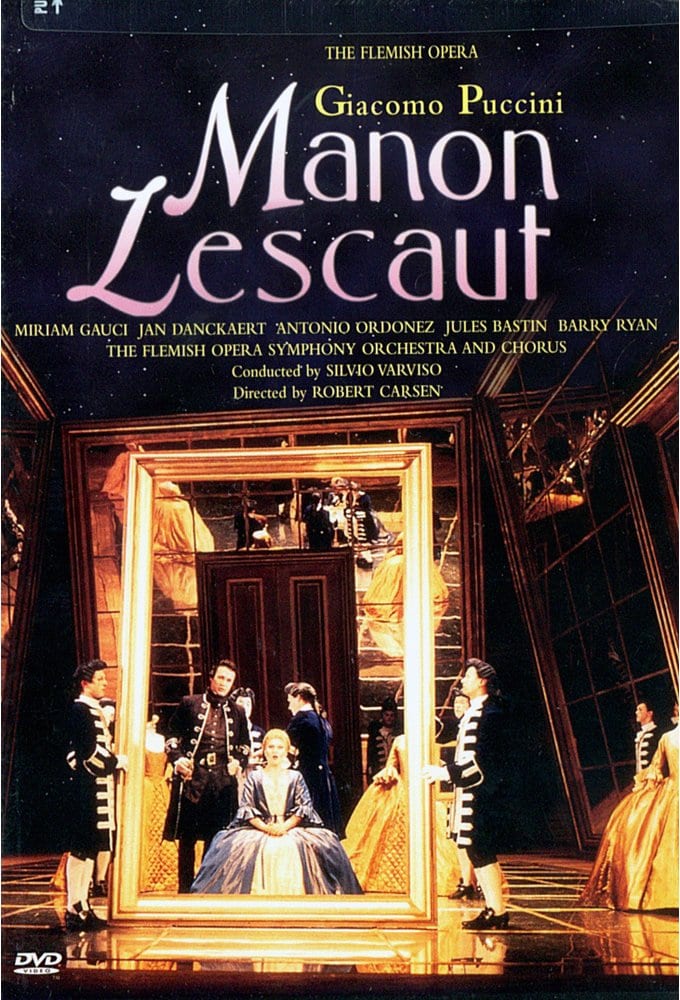 Puccini's powerful tale of the powers of love and wealth, as performed by the Flemish Opera in co-production with the Opera de Paris.

Romantic and compelling, "Manon Lescaut" tells the story of a young woman elevated to a life of fame and pleasure because of her beauty. However, when she abandons her role in society to live with the man she truly loves, her fortunes change, and her life ends tragically. In the Flemish Opera's acclaimed co-production with the Opera de Paris, Puccini's tale of conflict between true love and wealth earned both critical and popular praise, notably for designer Anthony Ward's sumptuous sets and costumes, the orchestra's exquisite performance under the guidance of conductor Silvio Varviso, and the talented, fresh young cast with the brilliant Miriam Gauci as Manon.