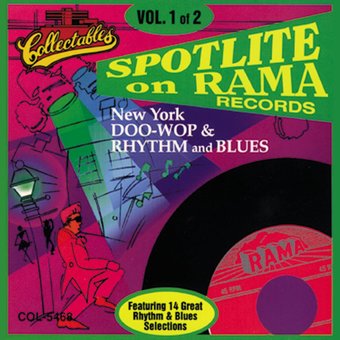 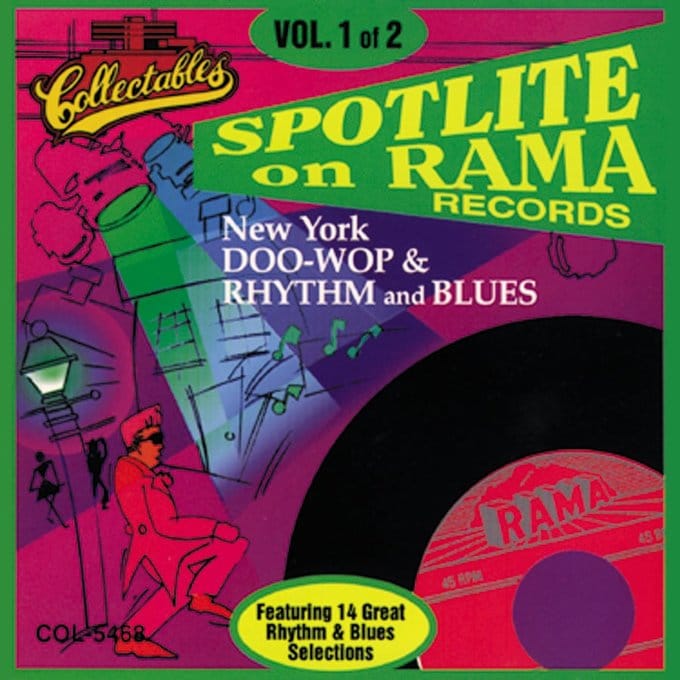 Music label legend George Goldner formed the New York-based Rama Records label in 1953 specifically to record "race" music, as R&B was called in those days. Rama artists such as The Crows, The Wrens, The Continentals, The Heartbeats and The Buccaneers are highlighted on this collection.

Spotlite on Rama Records, Vol. 1 collects 14 tracks from the vaults of Rama Records. Instead of providing a re-treaded biggest-hits collection, this package goes much deeper by dusting off lost treasures from the Valentines, the Joytones, Jimmy Jones & the Pretenders, the Wrens, the Buccaneers, and the Rainbows. This reissue series from Collectables is the perfect place for the curious doo wop novice to dig deeper into that genre. ~ Al Campbell