Compton's Most Wanted It's a Compton Thang 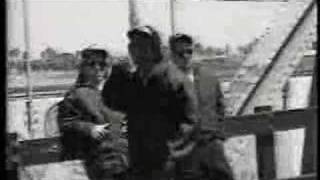 Compton's Most Wanted- This is Compton -1987 (Music Video) 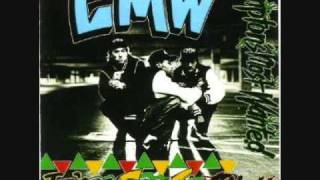 Rudimentary yet undoubtedly cornerstone, It's a Compton Thang brings together for the first time a talented group of rap artists highlighted by future and former West Coast legends -- MC Eiht and the Unknown DJ, respectively -- that would build upon the prototype N.W.A had established two years earlier on Straight Outta Compton. Compton's Most Wanted follow that prototype very closely here, even going so far as sampling N.W.A on the album opener, "One Time Gaffled 'Em Up." It's a Compton Thang is more than simply a second-rate Straight Outta Compton, though. In fact, it expands upon that prototype, specifically with late-album highlight "Late Night Hype," a laid-back G-funk ballad that would set the stage for a million others in the coming years. Beyond historical significance, It's a Compton Thang doesn't quite measure up to what CMW would do in subsequent years. The Unknown DJ and DJ Slip piece together some memorable productions from classic samples, among them James Brown's "Payback" on "Final Chapter," and the rappers similarly deliver some uniquely old-school style, yet all of this is more novel than anything, particularly to contemporary listeners -- more reminiscent of the much-treasured golden age than the much-criticized gangsta age. And while that golden age sense is precisely what's so much fun about this album, it's not what CMW would embody thereafter, as they hardened both their production and their rapping, which are anything but hard here. All of that aside, the true beauty of It's a Compton Thang is the initial synthesis of former electro legend the Unknown DJ with future gangsta icon MC Eiht as well as the pleasant reminder that West Coast gangsta rap was once more about old-fashioned fun than cheap thrills. ~ Jason Birchmeier