Scooby-Doo!: Legend of the Phantosaur 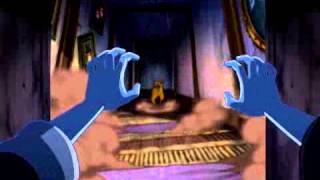 Scooby-Doo and Mystery, Inc. encounter a wild motorcycle gang, mad scientists, and white collar criminals in their quest to uncover the secret of the Phantosaur, a mythical beast said to stand guard over secret treasures stashed deep in the desert. All the gang wanted was a relaxing trip to the spa, but when the creature comes out to play and Shaggy (voice of Matthew Lillard) uses hypnosis to unleash his inner hero, the race to solve yet another supernatural mystery begins.

Scooby-Doo
Scooby-Doo and the Loch Ness Monster
$6.40
Add to Cart