Heaven With A Barbed Wire Fence 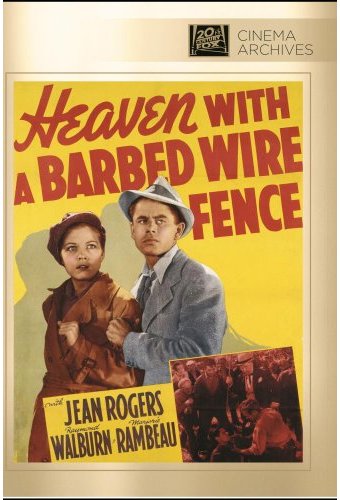 After a New York department store clerk saves money to buy a piece of land in Arizona, he must hitchhike his way out West, meeting people along the way who change his life.

In his feature film debut, Glenn Ford plays a department-store clerk who saves up enough money to buy a small patch of land in Arizona. Unable to afford a car, Ford hitchhikes to his new home, and along the way teams up with a transient (Richard Conte) and an illegal alien (Jean Rogers). The girl is torn between both men, but ultimately opts for the clerk. To save the girl from deportation, the clerk marries her, and together they make a new life for themselves in his tiny Arizona homestead. Adapted from a story by Dalton Trumbo, HEAVEN WITH A BARBED WIRE FENCE was directed by former silent film star Ricardo Cortez.

Romance | Love Triangle | Poverty | Love Triangles
This product is made-on-demand by the manufacturer using DVD-R recordable media. Almost all DVD players can play DVD-Rs (except for some older models made before 2000) - please consult your owner's manual for formats compatible with your player. These DVD-Rs may not play on all computers or DVD player/recorders. To address this, the manufacturer recommends viewing this product on a DVD player that does not have recording capability.

Raiders From Beneath The Sea (DVD-R)
$19
Add to Cart

American Guerrilla in the Philippines (DVD-R)
$19
Add to Cart