Sheena Queen Of The Jungle Volume 3 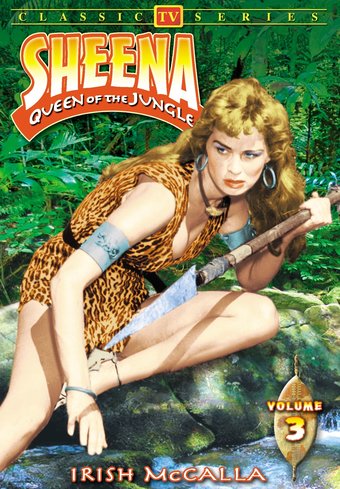 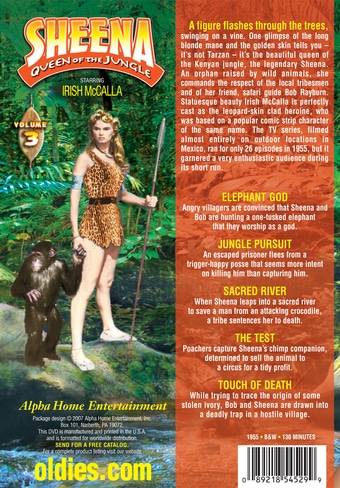 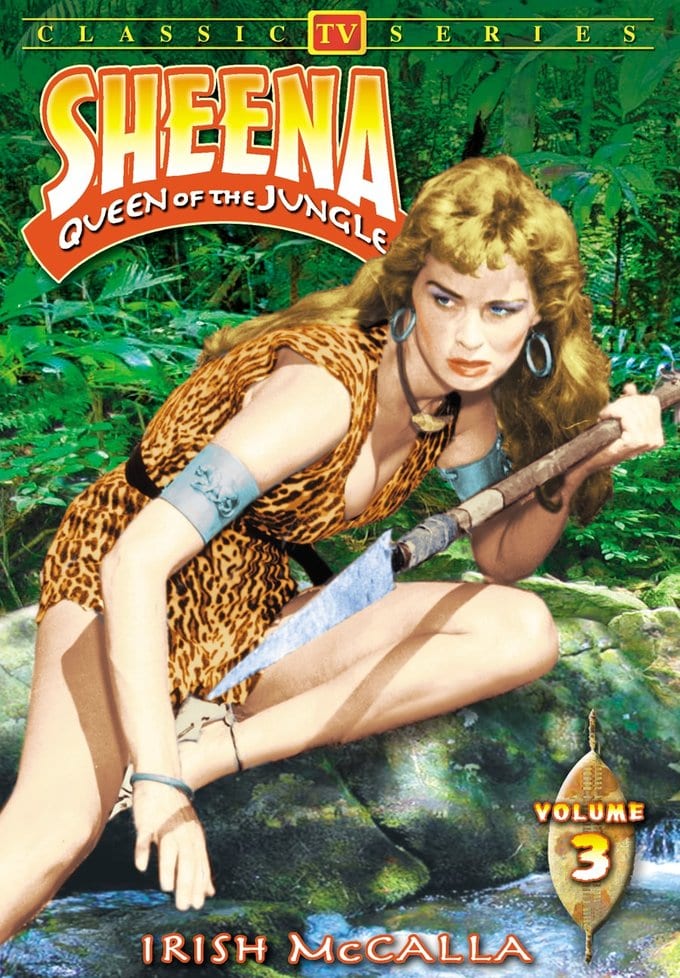 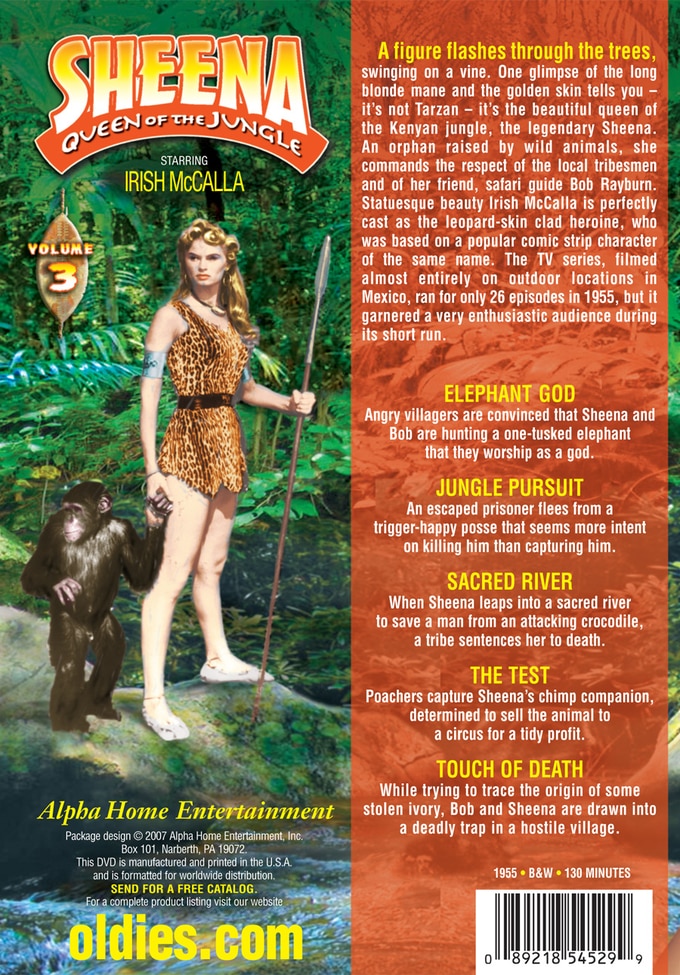 A figure flashes through the trees, swinging on a vine. One glimpse of the long blonde mane and the golden skin tells you - it's not Tarzan - it's the beautiful queen of the Kenyan jungle, the legendary Sheena. An orphan raised by wild animals, she commands the respect of the local tribesmen and of her friend, safari guide Bob Rayburn. Statuesque beauty Irish McCalla is perfectly cast as the leopard-skin clad heroine, who was based on a popular comic strip character of the same name. The TV series, filmed almost entirely on outdoor locations in Mexico, ran for only 26 episodes in 1955, but it garnered a very enthusiastic audience during its short run.

Elephant God: Angry villagers are convinced that Sheena and Bob are hunting a one- tusked elephant that they worship as a god.

Jungle Pursuit: An escaped prisoner flees from a trigger-happy posse that seems more intent on killing him than capturing him.

Sacred River: When Sheena leaps into a sacred river to save a man from an attacking crocodile, a tribe sentences her to death.

The Test: Poachers capture Sheena's chimp companion, determined to sell the animal to a circus for a tidy profit.

Touch Of Death: While trying to trace the origin of some stolen ivory, Bob and Sheena are drawn into a deadly trap in a hostile village.

Action | 1950s
This product is made-on-demand by the manufacturer using DVD-R recordable media. Almost all DVD players can play DVD-Rs (except for some older models made before 2000) - please consult your owner's manual for formats compatible with your player. These DVD-Rs may not play on all computers or DVD player/recorders. To address this, the manufacturer recommends viewing this product on a DVD player that does not have recording capability.