Cavalier of The West 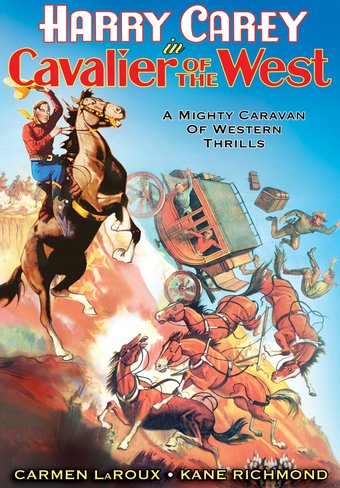 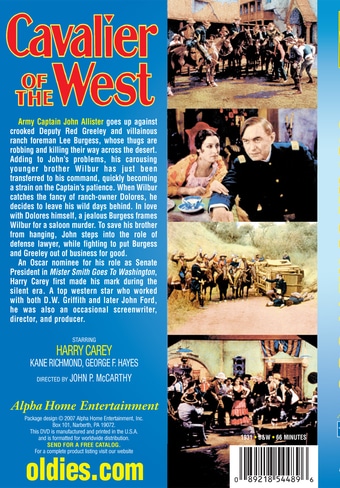 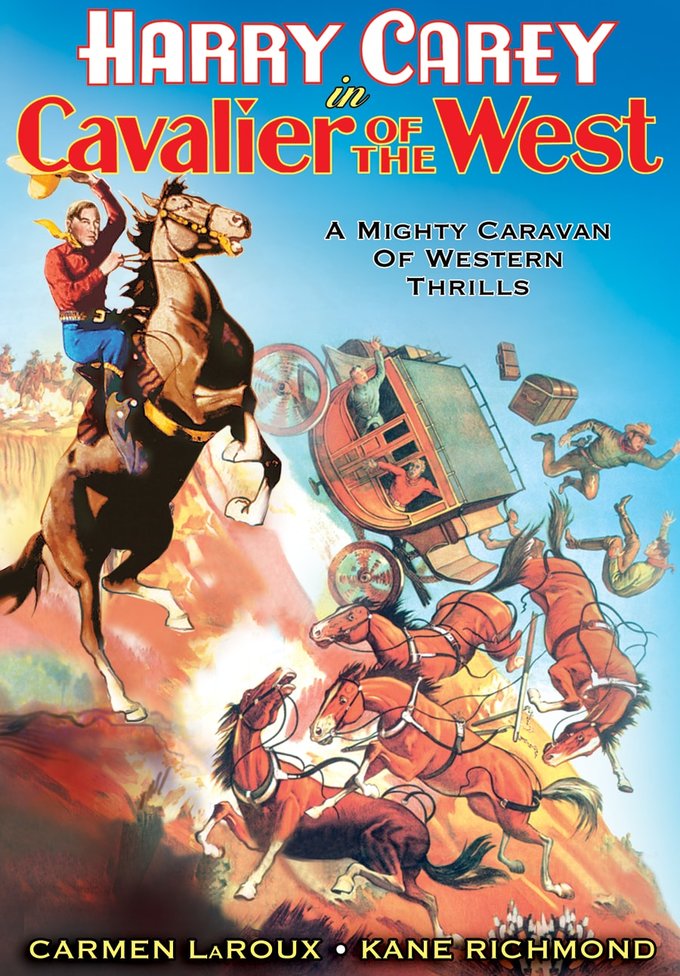 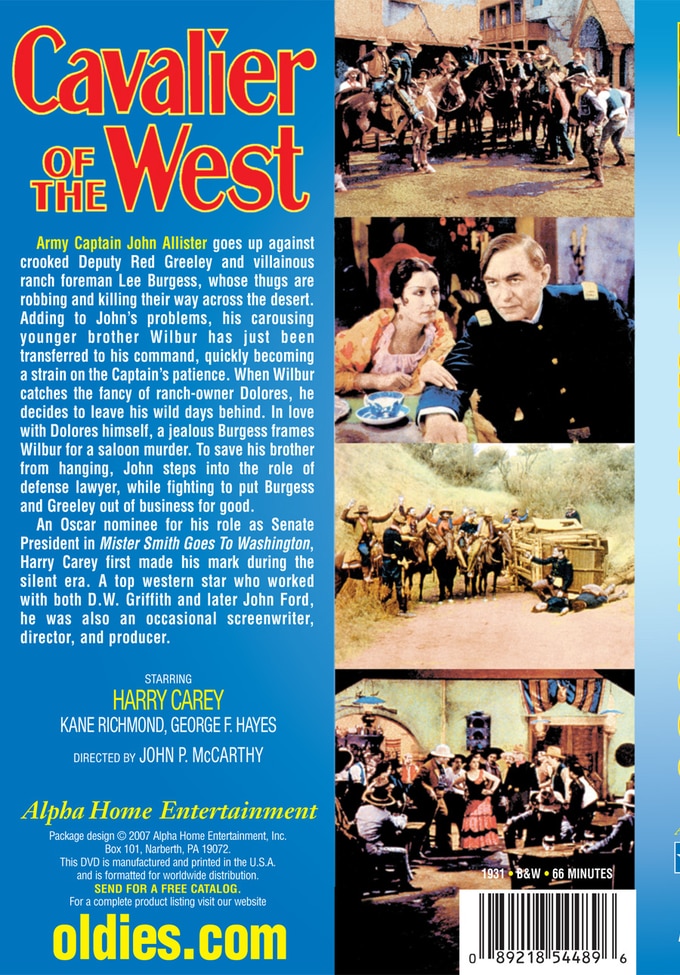 Army Captain John Allister goes up against crooked Deputy Red Greeley and villainous ranch foreman Lee Burgess, whose thugs are robbing and killing their way across the desert. Adding to John's problems, his carousing younger brother Wilbur has just been transferred to his command, quickly becoming a strain on the Captain's patience. When Wilbur catches the fancy of ranch-owner Dolores, he decides to leave his wild days behind. In love with Dolores himself, a jealous Burgess frames Wilbur for a saloon murder. To save his brother from hanging, John steps into the role of defense lawyer, while fighting to put Burgess and Greeley out of business for good.

An Oscar nominee for his role as Senate President in Mister Smith Goes To Washington, Harry Carey first made his mark during the silent era. A top western star who worked with both D.W. Griffith and later John Ford, he was also an occasional screenwriter, director, and producer.

Harry Carey stars as a U.S. Army captain trying to prevent an Indian War in the west.

Indians | Vintage
This product is made-on-demand by the manufacturer using DVD-R recordable media. Almost all DVD players can play DVD-Rs (except for some older models made before 2000) - please consult your owner's manual for formats compatible with your player. These DVD-Rs may not play on all computers or DVD player/recorders. To address this, the manufacturer recommends viewing this product on a DVD player that does not have recording capability.