Rolling Stone: 4 Stars - Excellent - "...one of the smartest records of a very smart career....Bowie mines the black [music] mother lode while never conceding his own personality....resolutely up to the minute..." 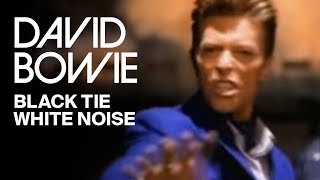 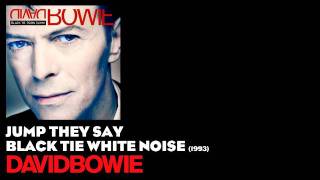 The release of BLACK TIE WHITE NOISE signaled David Bowie's return to life as a solo performer after releasing three albums with Tin Machine. Reuniting with LET'S DANCE producer Nile Rodgers, BTWN found Bowie putting together a more esoteric kind of dance-rock record not nearly as accessible as "Let's Dance" or "Modern Love." Reaching back into the past as well as into the unexpected (a Bowie specialty), an interesting blend of guests contributed to this album including Al. B Sure!, jazz legends Lester Bowie, Philip Saisse & Chico O'Farrill and past guitarists Mick Ronson and Reeves Gabrels.
Throughout the album, a seamless thread of dance rhythms and an enormous amount of ethereal-sounding sax played by the Thin White Duke make for a hypnotic listening experience. Songs such as the instrumental "Pallas Athena" (featuring Lester Bowie's trumpet playing), are particularly effective in this respect. Most interesting are fresh readings of Cream's "I Feel Free" and Morrissey's "I Know It's Gonna Happen Someday." Originally released on a label that went under soon after the album's release, BLACK TIE is an overlooked gem that demands to be revisited.

82%off
Silence Is Golden 2: Hits from Original Chilled
$5.98 ENDS TONIGHT
Add to Cart

67%off
David Bowie
Pushing Ahead of the Dames
$5.20 ENDS TONIGHT
Add to Cart