Seven episodes of hilarity from the classic series. 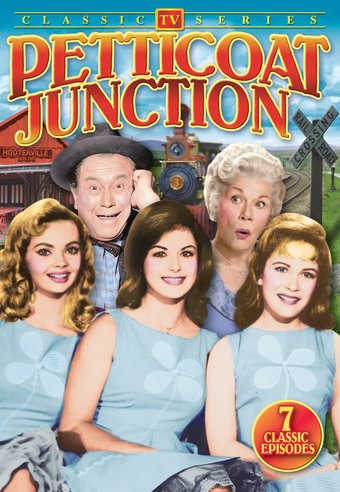 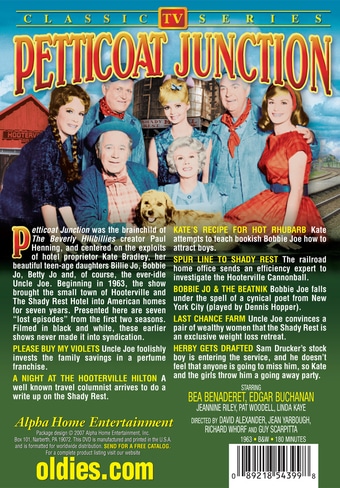 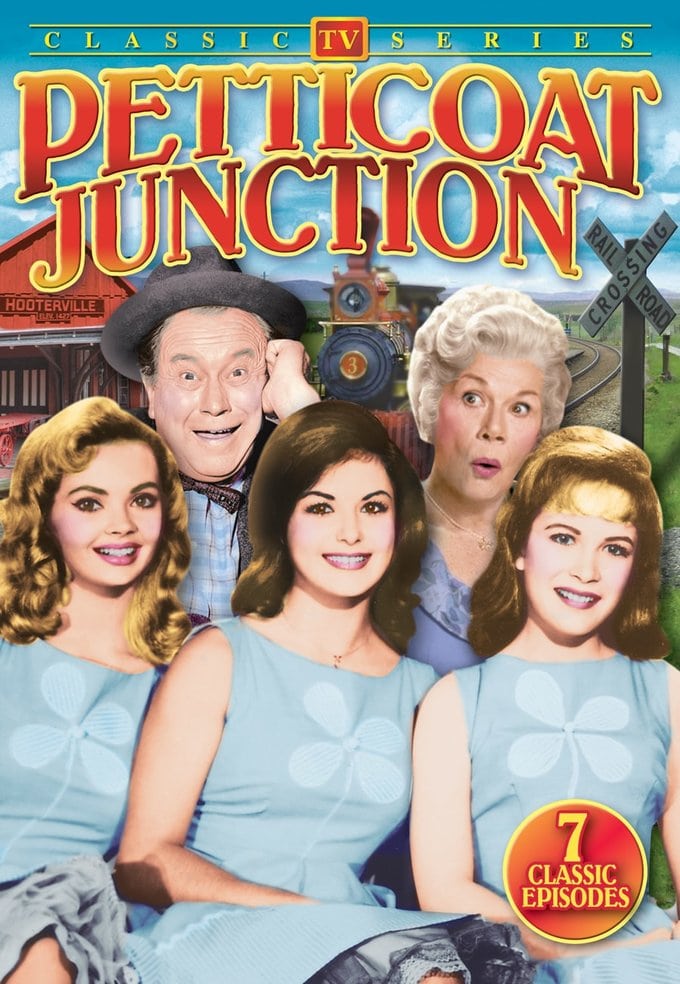 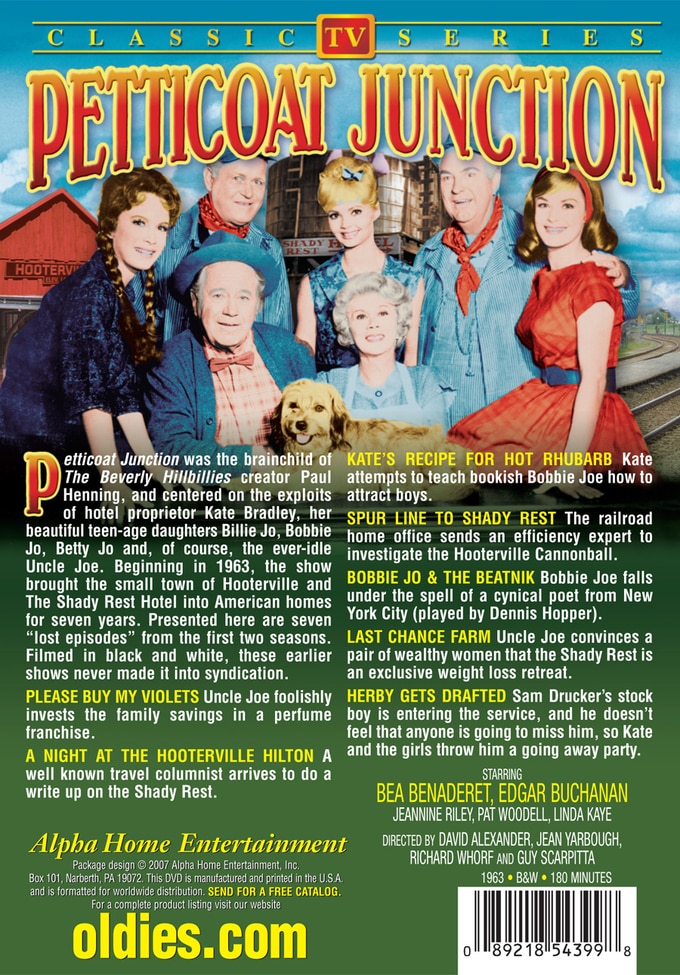 "Petticoat Junction" was the brainchild of "The Beverly Hillbillies" creator Paul Henning, and centered on the exploits of hotel proprietor Kate Bradley, her beautiful teen-age daughters Billie Jo, Bobbie Jo, Betty Jo and, of course, the ever-idle Uncle Joe. Beginning in 1963, the show brought the small town of Hooterville and The Shady Rest Hotel into American homes for seven years. Presented here are seven "lost episodes" from the first two seasons. Filmed in black and white, these earlier shows never made it into syndication.

A Night at the Hooterville Hilton: A well known travel columnist arrives to do a write up on the Shady Rest.

Bobbie Jo & the Beatnik: Bobbie Joe falls under the spell of a cynical poet from New York City (played by Dennis Hopper).

Herby Gets Drafted: Sam Drucker's stock boy is entering the service, and he doesn't feel that anyone is going to miss him, so Kate and the girls throw him a going away party.

Hooterville's most famous residents invite you to kick back with them at the Shady Rest. Guaranteed to change your middle name to "-Joe".
This product is made-on-demand by the manufacturer using DVD-R recordable media. Almost all DVD players can play DVD-Rs (except for some older models made before 2000) - please consult your owner's manual for formats compatible with your player. These DVD-Rs may not play on all computers or DVD player/recorders. To address this, the manufacturer recommends viewing this product on a DVD player that does not have recording capability.