Cat Stevens Tea for the Tillerman² 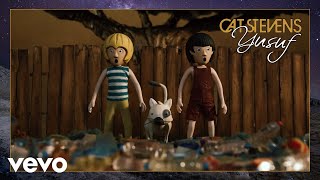 Yusuf / Cat Stevens - Where Do The Children Play? (Music Video) 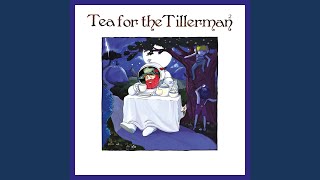 Personnel: Andy Caine, Mary Carewe , Michael Henry, Janet Ramus (background vocals).
Audio Mixer: David Hefti.
Recording information: JI Studios, Dubai; RMV Studio; Studio La Fabrique.
Illustrator: Yusuf .
Photographers: Yoriyos Adamos; Rhys Fagan.
Yusuf, the artist who was known in the '60s and '70s as Cat Stevens, has given fans a new and different version of one of their favorite albums with 2020's Tea for the Tillerman 2. The original 1970 edition was Stevens' international breakthrough and produced one of his biggest hits, "Wild World." For Tea for the Tillerman 2, Yusuf and original producer Paul Samwell-Smith have reunited and re-recorded the 11 songs from the 1970 edition, in the same sequence as the original but with different arrangements. In this re-imagining, "Wild World" is given a jazzy tone, "Miles from Nowhere" adds blues-rock guitars, and "Longer Boats" incorporates rap-influenced vocals. The songs hold up well in their pastoral optimism and cautious tone about the state of the world, and Yusuf's performances are as committed as they were in his younger days. ~ Mark Deming