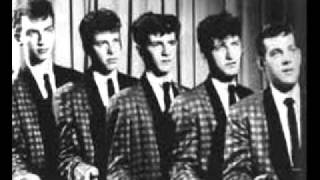 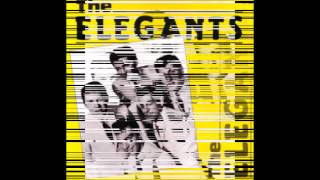 Getting Dizzy - The Elegants (Music Video)

Known as one of the best Italian-American rock vocal groups of the late fifties, The Elegants will always be remembered for their colossal hit of 1958, "Little Star." Here are The Elegants as you remember them in a set that includes rare tracks.

The Elegants: Vito Picone, Carman Romano, Jimmy Moschella, Artie Venosa, Frank Tardagno.
Personnel: Vito Picone (vocals); Frank Tardogono (tenor); Carman Romano (baritone); James Moschella (bass voice).
Little Star: The Best of the Elegants sums up the white doo wop group's career in a dozen tracks, including their first and biggest single, the smash hit "Little Star." Not surprisingly, many of their other songs are also in the slow-dance vein of their hit, although songs like "Goodnight," "Still Waiting," and "Get Well Soon" failed to recapture "Little Star"'s magic. Both versions of "Little Boy Blue" and "Please Believe Me" recall Dion & the Belmonts, while "Gettin' Dizzy" and "Pay Day" have a more straightforward rock & roll sound. While their music suffered a little from a lack of focus, the Elegants were still a fine doo wop/rock group, and Little Star: The Best of the Elegants is a welcome collection of their best moments. ~ Heather Phares

62%off
The Rivieras
Moonlight Cocktails - Golden Classics (CD)
$4.98 on Sale
Add to Cart