THE PICTURE OF THE GENERATION! 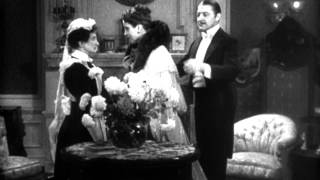 Clive Brook and Diana Wynyard star in this turn-of-the-century epic saga adapted from Noël Coward's successful 1931 stage play. This richly nostalgic look at a vanished way of life traces the lives of a British family from the late 19th century through 1930. The story follows two English families--the upper-class Marryots and the working-class Bridges--as they confront some of the major political and social events that rock Britain during the late 19th and early 20th centuries. Beginning with the Boer War in 1899, in which both the Marryot and the Bridge patriarchs enlist, and moving on to the death of Queen Victoria, the coming of World War I, and the sinking of the Titanic, the families must learn to deal with the death of their loved ones as well as with the constantly changing world around them. In spite of all the tragedy, they continue to to believe in the everlasting glory of their nation and dream of a better future for all. CAVALCADE is a Hollywood golden era blockbuster directed by Frank Lloyd (MUTINY ON THE BOUNTY, OLIVER TWIST).

28%off
The Greatest Show on Earth
$6.50 Super Savings
Add to Cart