Rolling Stone: "...An amazing document that will grab your ears and twist them....A worthy final testament." 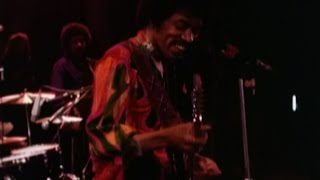 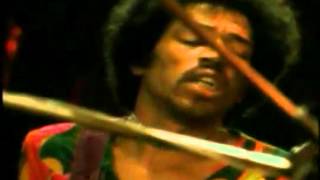 Originally released two weeks before what would have been Jimi Hendrix's 60th birthday, BLUE WILD ANGEL: JIMI HENDRIX LIVE AT THE ISLE OF WIGHT documents the last concert given by the legendary guitarist. Backed by Experience drummer Mitch Mitchell and Band of Gypsies bassist Billy Cox, Hendrix took the stage on August 30th, 1970 at around three in the morning. Despite being less than thrilled with playing at such a late hour, the Seattle native still delivered a dazzling set.
Opening with an instrumental version of "God Save the Queen" meant to rouse the crowd, Hendrix put together a set that found him paying homage to the Beatles ("Sgt. Pepper's Lonely Hearts Club Band"), Bob Dylan ("All Along the Watchtower"), and his blues roots ("Red House"). Also preserved is much of Hendrix's between-song banter including an anti-war intro to a nearly 20-minute version of "Machine Gun" dedicated to soldiers fighting in Vietnam, which heaves, sighs, and roars through waves of distortion-laced improvisation. Other highlights include killer versions of less-iconic Hendrix gems including "Dolly Dagger" and "Hey Baby (New Rising Sun)."