Buddy Johnson Go Ahead and Rock 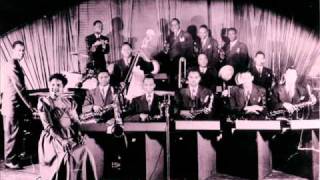 Buddy Johnson led one of the most popular jump blues orchestras of the '40s and '50s. He was also an extraordinary songwriter (his "Since I Fell For You" is now considered a standard). His sister Ella was the band's primary vocalist. This collection features this brother and sister at their best.

Personnel: Ella Johnson (vocals); Buddy Johnson (vocals); Lee Thomas, Lee C. Thomas (vocals).
Unknown Contributor Role: Buddy Johnson.
Buddy Johnson was one of the top R&B bandleaders and composers in the '50s, as well as being an above-average vocalist. This was prototype '50s material, an era when swing-derived R&B was being mixed with country and gospel and rock was emerging from the stew. The songs are either raw, stirring uptempo tunes or steamy ballads, and they're done at a powerhouse pace. Johnson, like most great R&B acts, was a singles artist, but the songs featured here are good at worst and often magical despite clearly being from another era. ~ Ron Wynn


I did not know this band. It swings a lot, and although close to R&B, it has a lot to capture the interest of the Jazz Lover. Both vocalists and soloists are good and interesting, but the lack of discographical information is a real nuisance.