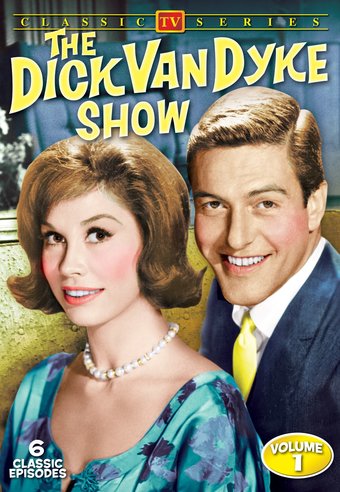 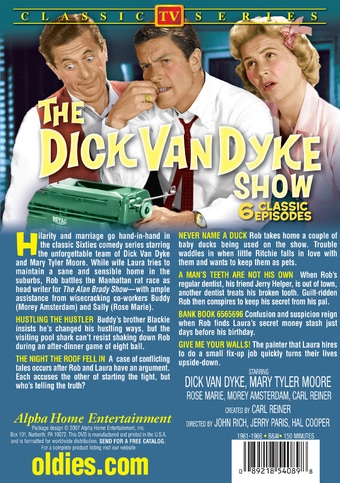 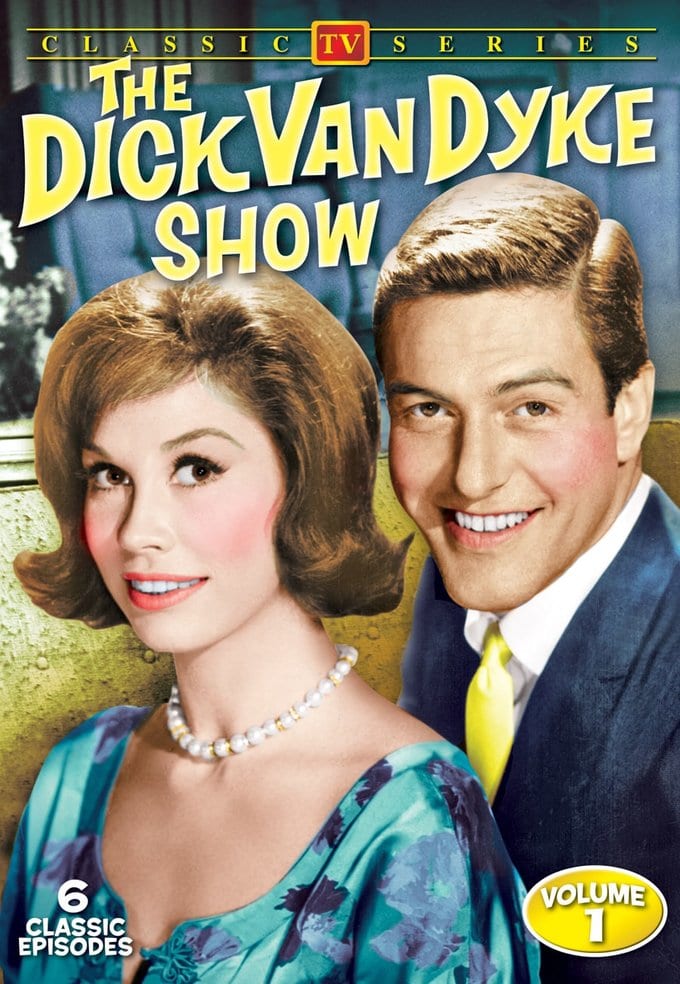 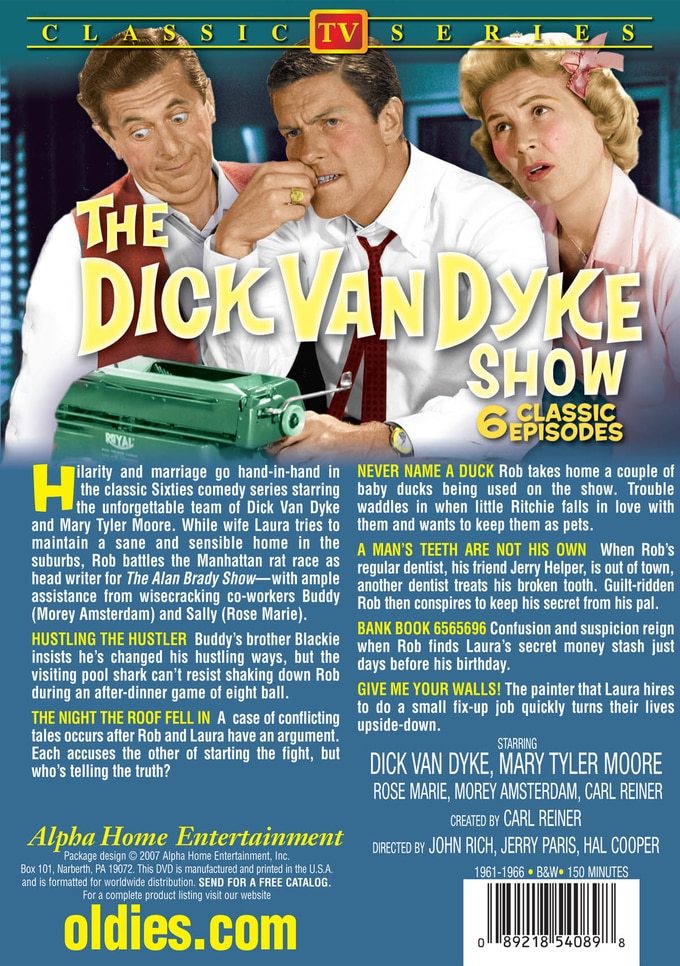 The Night The Roof Fell In: A case of conflicting tales occurs after Rob and Laura have an argument. Each accuses the other of starting the fight, but who's telling the truth?

Never Name A Duck: Rob takes home a couple of baby ducks being used on the show. Trouble waddles in when little Ritchie falls in love with them and wants to keep them as pets.

A Man's Teeth Are Not His Own: When Rob's regular dentist, his friend Jerry Helper, is out of town, another dentist treats his broken tooth. Guilt-ridden Rob then conspires to keep his secret from his pal.

Give Me Your Walls: The painter that Laura hires to do a small fix-up job quickly turns their lives upside-down.

Television Shows
This product is made-on-demand by the manufacturer using DVD-R recordable media. Almost all DVD players can play DVD-Rs (except for some older models made before 2000) - please consult your owner's manual for formats compatible with your player. These DVD-Rs may not play on all computers or DVD player/recorders. To address this, the manufacturer recommends viewing this product on a DVD player that does not have recording capability.