The No. 1 Song-and-Dance Clown at his best!

1.2K ratings
Currently Out of Stock: We'll get more as soon as possible
Notify Me When Available
Add to Wishlist
Format:  Blu-ray
item number:  37XG2
Also released as:
Knock on Wood for $21.20
Our customers love us! 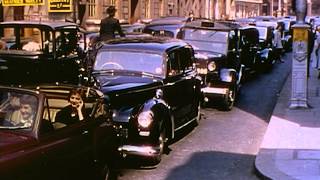 With the exception of the brilliant THE COURT JESTER, KNOCK ON WOOD must rank as the best of Danny Kaye's movie vehicles. Capitalizing on the star's recent successful engagement in London, the film casts Kaye as a neurotic American ventriloquist performing in England and Europe. In a parody of the 1946 thriller DEAD OF NIGHT, Kaye is unable to control the words coming out of his dummy, resulting in a near-nervous breakdown. On the advice of his manager (David Burns), Kaye seeks out the help of a psychiatrist, who turns out to be beautiful Mai Zetterling. But first, he heads to a local repair shop to pick up one of his dummies. What Kaye doesn't know is that a set of stolen blueprints for a top-secret weapon have been secreted into his dummy's head. Before he knows what's happening, our hero is up to his ears in spies, counterspies, and corpses. Falsely accused of murder, Kaye spends the rest of the film adopting one disguise after another to elude both the authorities and the various enemy agents roaming about. Filled to overflowing with musical and comedy highlights, KNOCK ON WOOD includes the famous "under the table" bit wherein Kaye finds himself literally between two warring spy factions, and a climactic ballet sequence reminiscent of (and superior to) the comic-opera finale of Kaye's WONDER MAN (1945). And of course, the audience is treated to the tongue-twisting patter songs written for Kaye by his wife Sylvia Fine.

21%off
The Reincarnation of Peter Proud (Blu-ray)
$23.80 Super Savings
Add to Cart