Fly on the Wall
by AC/DC 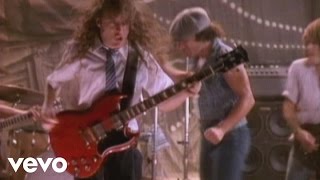 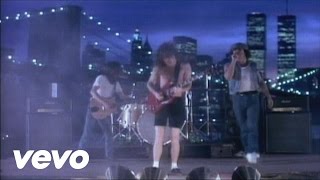 This is a Hyper CD, which contains regular audio tracks and also provides a link to the artist's website with the help of a web browser.
AC/DC: Brian Johnson (vocals); Angus Young, Malcolm Young (guitar); Cliff Williams (bass); Simon Wright (drums).
Recorded at Mountain Studios, Montreaux, Switzerland. Originally released on Atlantic (81263). Includes liner notes by Brian Ives.
AC/DC: Angus Young, Malcolm Young, Cliff Williams, Brian Johnson and Simon Wright.
AC/DC remained popular amongst metalheads in the mid '80s, but the commercial disappointment of albums like 1983's FLICK OF THE SWITCH showed that the pop audience who discovered the band with 1980's mammoth seller BACK IN BLACK was losing interest. Instead of radically altering its sound like many other hard rock bands of the era did after weak-selling albums, AC/DC admirably stuck to its guns and continued in a bluesy hard rock direction with 1985's FLY ON THE WALL. While the album didn't exactly catapult the band back to the top of the charts, it did sell more copies than its predecessor. The album also marked the band's first studio recording with new drummer Simon Wright.
FLY ON THE WALL's highlights include "Sink the Pink" and "Shake Your Foundations," a track that would be included just one year later on WHO MADE WHO, a soundtrack to Stephen King's movie MAXIMUM OVERDRIVE. "Danger," "Back in Business," and "Playing With Girls," are also standouts. While it's not on par with AC/DC's classic albums, FLY ON THE WALL is still a strong effort.