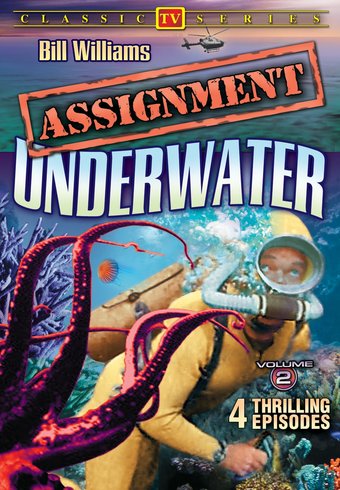 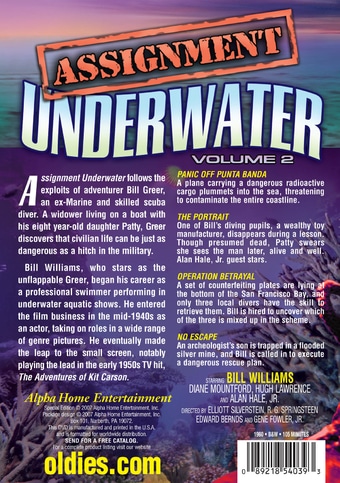 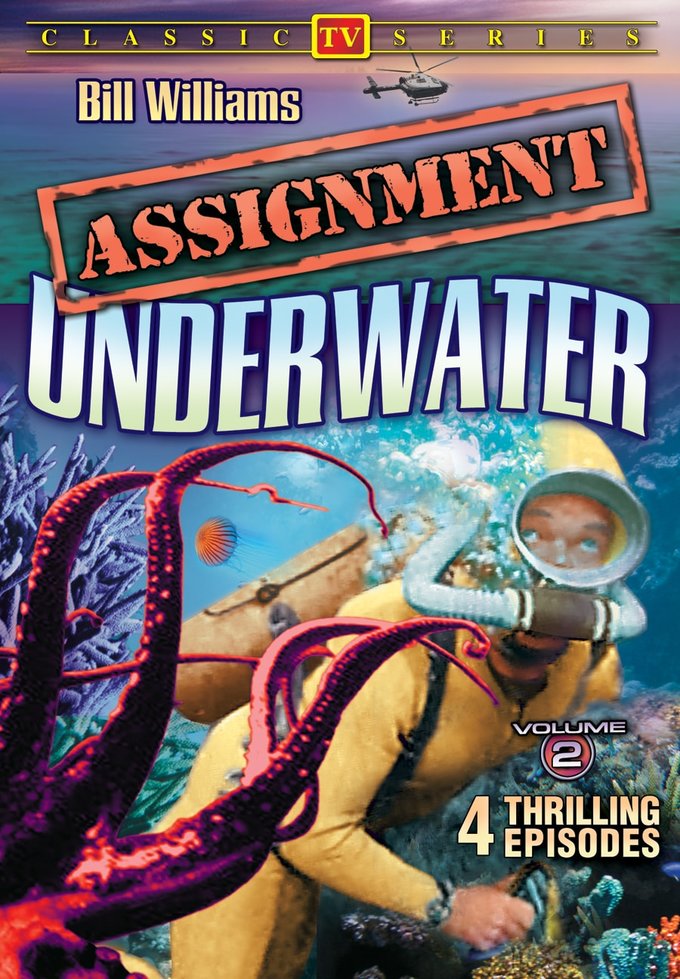 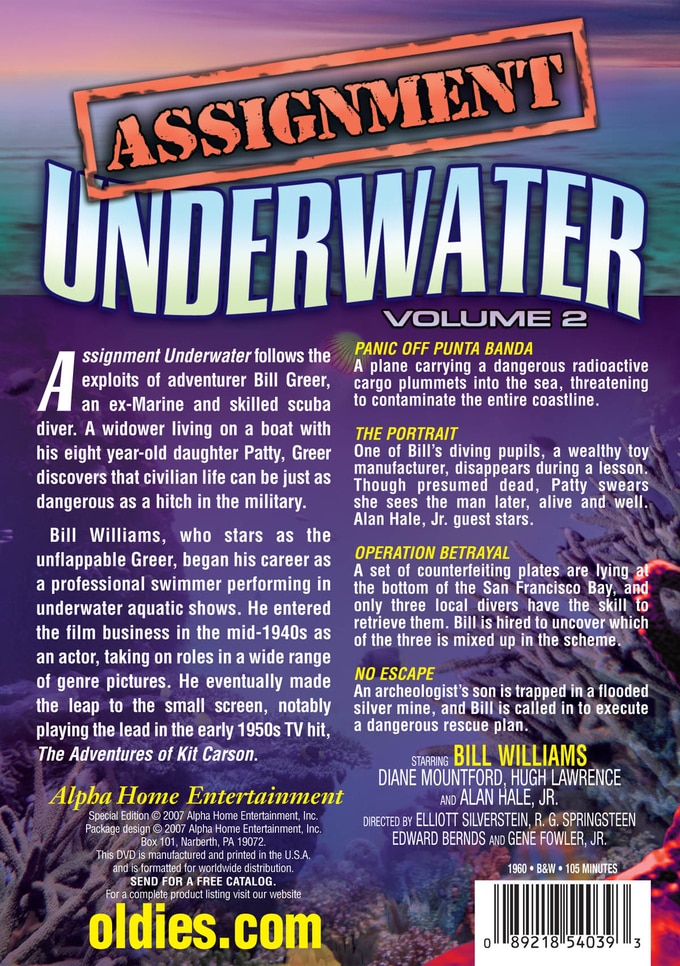 Assignment Underwater follows the exploits of adventurer Bill Greer, an ex-Marine and skilled scuba diver. A widower living on a boat with his eight year-old daughter Patty, Greer discovers that civilian life can be just as dangerous as a hitch in the military. Bill Williams, who stars as the unflappable Greer, began his career as a professional swimmer performing in underwater aquatic shows. He entered the film business in the mid-1940s as an actor, taking on roles in a wide range of genre pictures. He eventually made the leap to the small screen, notably playing the lead in the early 1950s TV hit, "The Adventures of Kit Carson."

Panic Off Punta Banda: A plane carrying a dangerous radioactive cargo plummets into the sea, threatening to contaminate the entire coastline.

The Portrait: One of Bill's diving pupils, a wealthy toy manufacturer, disappears during a lesson. Though presumed dead, Patty swears she sees the man later, alive and well. Alan Hale, Jr. guest stars.

Operation Betrayal: A set of counterfeiting plates are lying at the bottom of the San Francisco Bay, and only three local divers have the skill to retrieve them. Bill is hired to uncover which of the three is mixed up in the scheme.

No Escape: An archeologist's son is trapped in a flooded silver mine, and Bill is called in to execute a dangerous rescue plan.

Expert scuba diver and former Marine Bill Greer gets in all sorts of deep-sea adventures in this 1960s TV series. This collection presents four action-packed episodes that show the aquatic specialist using his know-how to save the day.