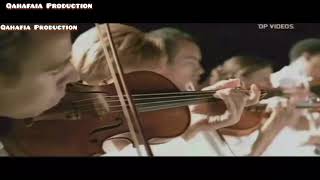 Music from and inspired by the motion picture TUPAC RESURRECTION: THE SOUNDTRACK.
Personnel: Live Squad (vocals).
Liner Note Author: Afeni Shakur.
Recording information: Echo Sound Studios, Los Angeles, CA.
On "Death Around the Corner," 2Pac proclaimed "Murder me now, see me later," a boast which proved prophetic on both ends. While Tupac Shakur died in 1996, his music has maintained popularity and retained relevancy. That considered, the title for the 2003 documentary about his life, TUPAC: RESURRECTION, is fitting, since the spirit of the tragic thug-poet never really left the hip-hop world. The critically acclaimed movie examines Shakur's all-too-short life in a manner befitting the introspective rapper, using his own words to narrate the action, as scenes from various times in his life are spliced with images of his formative environment.
Not surprisingly, RESURRECTION's soundtrack is easily the most satisfying of the various 2Pac compilations, a prismatic examination of the music produced by a constantly conflicted man. TUPAC: RESURRECTION collects 2Pac songs from all of his albums, opting to search for the most representative tracks, instead of just grabbing the hits. These tunes range in character, from the powerful, affecting "Starin' Through My Rear View" to the goofy Digital Underground track "Same Song." TUPAC: RESURRECTION also features posthumous duets with 50 Cent, Eminem and, most compellingly, "Runnin' (Dying to Live)," which combines the recorded words of 2Pac and Notorious B.I.G., his chief rival.